The Scale of the Schengen - US Travel Ban

11% OF US INTERNATIONAL FLIGHTS AFFECTED BY SCHENGEN BAN

On Wednesday 11th March the US announced a 30-day ban on travellers arriving from the Schengen countries which would take effect tomorrow, Friday 13th March.

According to OAG flight schedules, the ban will effect passengers arriving on nearly 7,000 flights over the next 4 weeks. If those flights were cancelled due to lack of demand that would remove close to 2 million seats each way from the market.

Of the 26 Schengen countries in Europe, Germany, France and the Netherlands will be most affected as they make up 57% of all flights between the Schengen Area and the United States.

Overall, the ban will affect 10.9% of all US international flights that had been scheduled for the next 4 weeks, and 16.9% of capacity (seats). The overall impact for European airlines is somewhat less with these flights making up just 2.4% of the international scheduled flights from Schengen Area countries, and 3.9% of capacity. 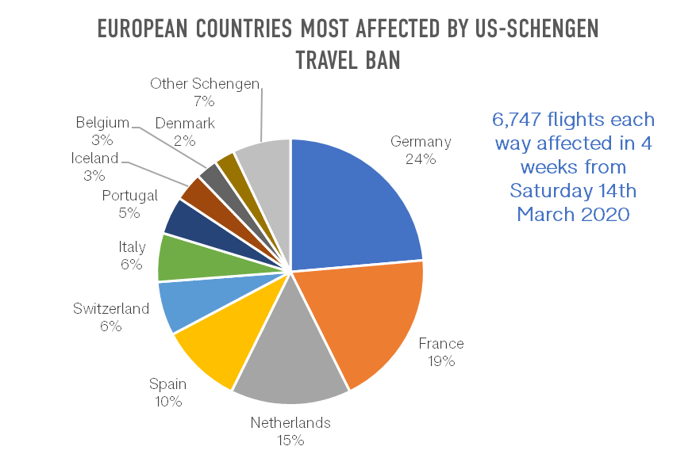 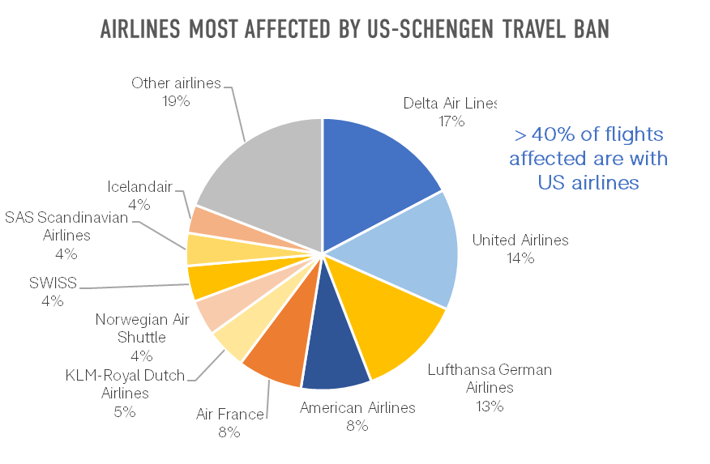 Find out more about how we are tracking the impact of Coronavirus on the air travel industry.