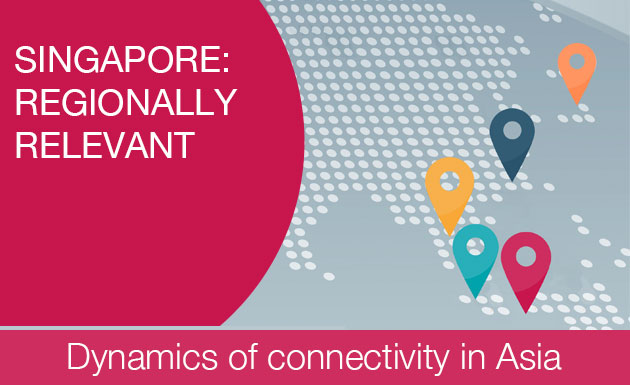 OAG takes a deep dive into the traffic flows at Asia’s primary hub airports to gain a greater understanding of the dynamics of connectivity. As we continue to review Asia’s hub connectivity, we look at Singapore Changi Airport, the second largest scheduled airline hub operation in Asia, after Hong Kong.

Singapore has been consciously built into a major regional hub. This must, in good measure, be a consequence of the geography of this city-state. While Hong Kong sits on China’s doorstep, and clearly requires a hub strategy that can capitalise on the rapidly growing demand by Chinese citizens for global travel, Singapore’s location offers a very different opportunity.

Historically, Singapore was the transit point for travellers on the ‘Kangaroo Route’, connecting Europe and Australia. While that is still extremely important, Singapore’s convenient location between two of the most populous countries in the world, India and Indonesia, as well as a range of popular tourist destinations in the region, means that a strategy for the future which has more focus on playing a regional hub role makes a lot of sense. Today, Australia is the largest country origin for connecting traffic at Singapore, making up almost a fifth of connecting bookings, while Indonesia and India are the next largest markets. 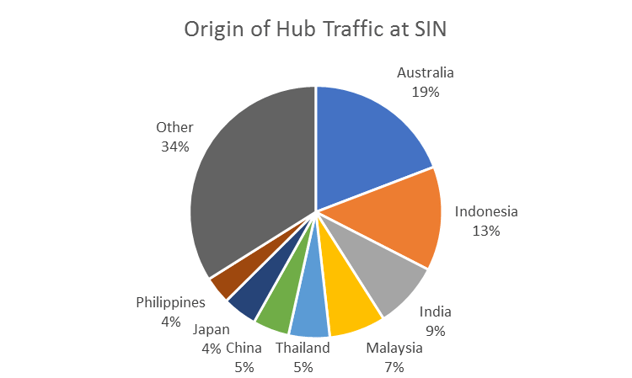 Of the 57 million scheduled passenger bookings recorded at Singapore Changi Airport over a year, 26%, or 15 million, are using the airport to connect between flights. (These figures exclude non-revenue passengers and passengers on unscheduled flights which may be recorded in other statistics).  The Top 20 country pairs for traffic flows connecting via Singapore shows the ongoing importance of the Kangaroo route, with Australia-UK the second largest connecting traffic volume. Australia features in nine of the Top 20 connecting flows, although aside from the UK, they are all for travel to Asia. The largest connecting flow is between Australia and India with over a million connecting passengers annually. 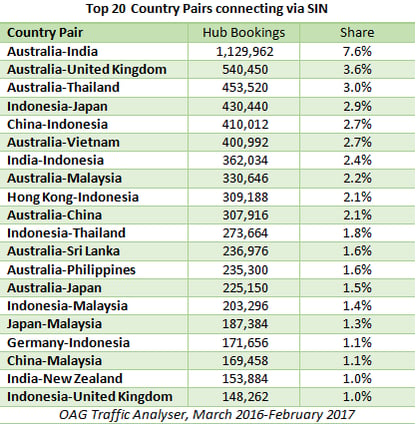 This list clearly shows the strong regional connecting traffic flows that have been developed at Changi. This success can be attributed to the Singapore Airlines Group with its clear strategy to segment the market so that it is served by four distinct brands, Singapore Airlines, SilkAir, Scoot and Tigerair Singapore. Between them, these four airlines handle 80% of all connecting passengers. 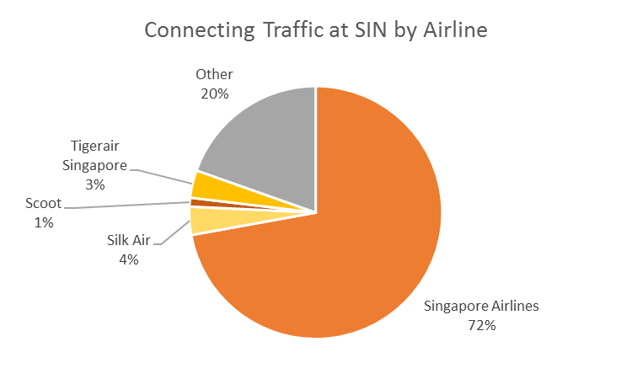 With India and Indonesia set to becoming even stronger economic forces in the region, and plans to accommodate yet more passengers, Changi is clearly well placed to respond to its emerging travel needs.