The Price of On-time Performance, Are We Willing To Pay the Price?

The last two years have been awful for the whole travel and tourism industry with airlines particularly suffering, to date over US$200 Billion in loans and other types of guarantees have been provided to airlines around the world to keep the industry moving. Most airlines have had to cut their networks, reduce their fleets and furlough staff; many of those same airlines have restarted their networks and then had to stop and start their recoveries as new variants of Covid frustrated everyone. Everyone has a horror story from the last two years and for everyone inside the industry it has been “unprecedented” and that was a word we never used two years ago!

But, amongst all the challenges there has been one area where performance seems to have improved over the last two years and that is on-time performance (OTP). Recently several airlines have seen an improvement in punctuality and of course, there are some obvious reasons why OTP may have improved, but also some interesting questions and challenges that the industry will face as capacity rebuilds in the next few months and years.

It’s an obvious starting point, but if there are fewer flights operating then there will be less strain on the various operational aspects of delivering on-time performance. Taking the table below as an example, in December of 2021 there were some 24% fewer flights scheduled than in December 2019, although there were some differences across various regions. Just under one third of the regions reported less than a 20% difference compared to two years earlier, whilst South East Asia was at less than half of the normal level of flights and three regions were still around one third short of their normal flight levels.

Drawing a conclusion around improved OTP based purely on the number of flights scheduled is unfortunately too simple and fails to recognise many of the other variables that impact your flights departing and arriving on time.

Every Flight Needs An Aircraft!

Another obvious statement, but also an important factor, although no one pays the listed price for an aircraft, when an A321 can cost about US$115 million, airlines want to make sure that they maximise productivity on that aircraft. Any aircraft parked on the ground is unproductive, revenue is only generated when the aircraft is flying, which explains why airlines strive to operate anything up to 13 or 14 hours on a short-haul aircraft and even longer daily averages on long-haul aircraft in peak seasons. With airlines normally striving to maximise daily utilisation, the number of flights operated is not necessarily the only factor that impacts OTP as some of our analysis in the Summer of 2021 highlighted. 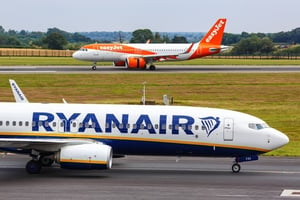 As Europe began its recovery from the Delta variant in the Summer of 2021, two major low-cost airlines adopted different fleet operating strategies in the initial stages of the recovery. Ryanair, Europe’s largest low-cost carrier, brought most of their aircraft back into service, but operated those aircraft with very low daily productivity. EasyJet chose to bring back only a proportion of their total fleet, but operated those aircraft with high daily utilisation. Both strategies were perfectly valid for the situation faced and even more complex issues, such as lease agreements and maintenance requirements on the airlines' respective fleets, would have been factored into their decision making. 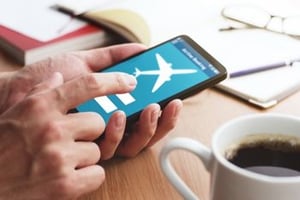 From a fleet management perspective, airlines must maximise their asset utilisation, as does any other production-based business. For airlines to have even higher confidence in having aircraft available to both operate and cover any unplanned maintenance or resource issues would require running a business with more aircraft and consequently lower average daily utilisation rates. Running that argument forward would also require travellers having to pay higher air fares to cover the additional costs of those underutilised assets. And as we know, despite what we may say, price is frequently the key driver of demand, and an airline that is more expensive since it carries a greater fleet cost is going to have to charge higher fares if it wants to continue to operate.

And Every Aircraft Needs Pilots!

Much has been made of the global pilot shortage that the industry faces and indeed, a recent study from Oliver Wyman suggested that there will be a shortage of around 8,000 pilots this year and by 2029 the shortage would have reached around 60,000. That may not sound very many, but when the total resource pool in 2029 is expected to be around 360,000, that’s a shortfall of around 16%, and that is before we even consider the operating restrictions that pilots and airlines face. 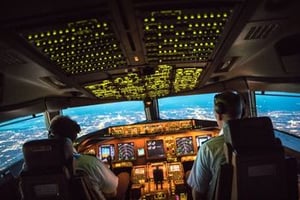 As a precious resource, the hours that a pilot can operate are decided by different regulations in different countries, but broadly a series of principles regulate that operating hours can stand at around 900 per annum. The actual number of hours can vary with factors such as day versus overnight flying, time zone differences and sector lengths; managing all those variables, factoring in training and balancing the hours across a calendar year are complex issues airlines face every day. Overlay those requirements with minimum crew rest periods and it soon becomes easy to see that on occasion an airline may struggle to resource a flight, especially at short notice when someone phones in having to isolate for five or ten days.

Of course, there is a solution, there always is! In this case the simple answer is to recruit more pilots, but it is much easier said than done, with average salaries running into at least a hundred thousand dollars in many parts of the world. The cost burden to airlines for an extra layer of resource occasionally required to solve a problem is prohibitive; unless of course, the traveller will pay more.

The aviation industry is capital intensive to say the least, expensive aircraft, large airport facilities, big terminal facilities and suppliers’ offices located around the airport, as has been said many times - airports are cities! For airport operators, balancing the costs of investment versus the return is a skill, managing the daily operation of a large airport is a complex task and achieving daily on-time performance a miracle! Airport designs, terminals, airline operators, regulatory requirements and probably most frustratingly, passengers, create a daily recipe for mishaps and flight delays; the fact that airports handle such daily issues is impressive. 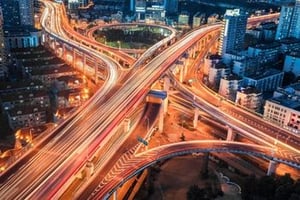 We have probably all sat on an aircraft waiting to cross an active runway, many of us will have experienced arriving on an aircraft at the designated gate to see the “departing” aircraft still waiting to depart and we have all waited for the last remaining passenger to sheepishly board without a care in the world about the inconvenience they have caused. In each case these events are small items, little bits of trivia creating a five- or ten-minute delay here and there; multiply them across an airline operation and the ripple effect can be crippling; missed slots, crew out of hours, airports closures later in the day and missed connections are all suddenly hitting an airline's operation. And just maybe, sitting on that same plane as you are passengers that should be connecting onto another flight, does the airline wait for those passengers?

The Value of Connecting Traffic

For some airlines their success has been built around carrying connecting traffic that never leaves the terminal building; airlines such as KLM, Singapore Airlines and more recently Emirates have created global networks based around such models. Airlines analyse traffic flows, schedules and connecting times on a near daily basis to ensure that their services are at the top of the various booking channels, minor adjustments to Minimum Connecting Times (MCT’s) are filed with OAG every day as airlines and airports attempt to squeeze the tightest possible connections but at the same time ensure those connections can be made.

Whilst most airlines working the connecting markets allow some time for flight delays in their scheduling, when a flight is more than perhaps 30 minutes late arriving then the airline faces a dilemma. Do they allow the connecting flight to leave with empty seats and re-accommodate those missed connections, or do they hold the flight for those connecting passengers; it is the type of decision some airlines are forced to make every hour of the day. A missed connection is a heavy cost for the airline, finding alternate flights, sometimes with other airlines, can be expensive and at the very least is a missed sale opportunity for a seat that could have been sold to a last-minute high yield passenger. Once again, the 'ripple' effect of a delay from an inbound flight can be devastating to the airline and compromise the integrity of the whole operation but equally, would KLM, Singapore Airlines or Emirates be half the size they are today without connecting traffic; for some it’s a price worth paying!

Ultimately, as with any industry and business, the issue of improved OTP becomes a trade-off with airlines very much aware of the elasticity involved in that trade-off. With quite significant increases in air fares, airlines could reduce aircraft utilisation by a few hours a day, they could recruit more resources and extend out minimum connecting times to protect those important Sixth Freedom flows. Airports could invest even more in major infrastructure projects, open more arrival gates for those few flights a day that wait for space to become available, or even build completely new terminal buildings. But, and here is the important bit, would we as passengers be prepared to pay the additional costs for what would be a very marginal improvement in OTP? I suspect not, we certainly haven’t said as much so far.

Yes, it is extremely frustrating when a flight is delayed, especially when you can see the plane at the gate, but there are multiple reasons why the flight could be delayed, some of which may be thousands of miles away! Every airline in the world has all the incentive they need to operate on time and maximise their assets; that is what every business strives to achieve, and airlines generally are very good at delivering on this metric. Occasionally it will go slightly wrong, when it does, grab a coffee or take a deep breath, perhaps make a call home or let someone know you are running slightly late and then think about how remarkable achieving the high levels of on-time performance really are.