Take Off not only provides data on global rankings, both domestically and internationally, for the Top 20 airlines, but includes data on the number of routes operated (minimum frequency of 1 flight per week), seats, flights, Top 5 airports, capacity trends since the start of the year, and fleet metrics.

The narrative and data, unsurprisingly, are unlike any other year. However, there is, as always, a spectrum of impact. Whilst the Top 20 airlines saw a fall in domestic capacity (seats) of 45% compared to last summer, and international air services reduced by a whopping 82%, some airlines have fared better than others and moved up the global rankings. 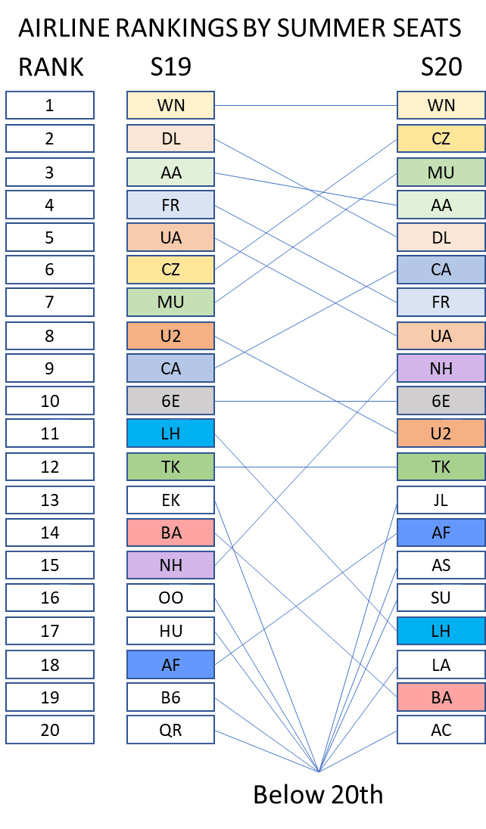 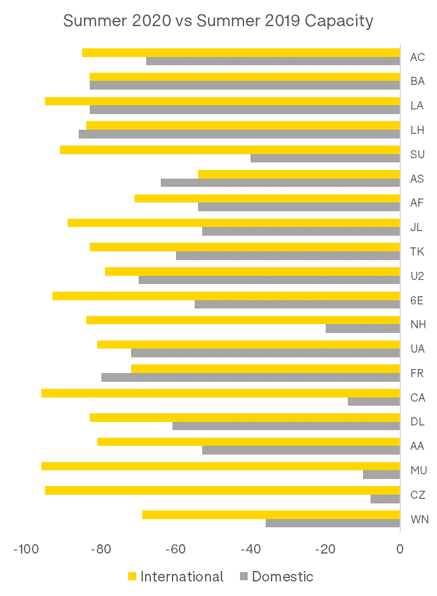 Some highlights:-
Read the full report on the world's top 20 airlines and how they are faring now.