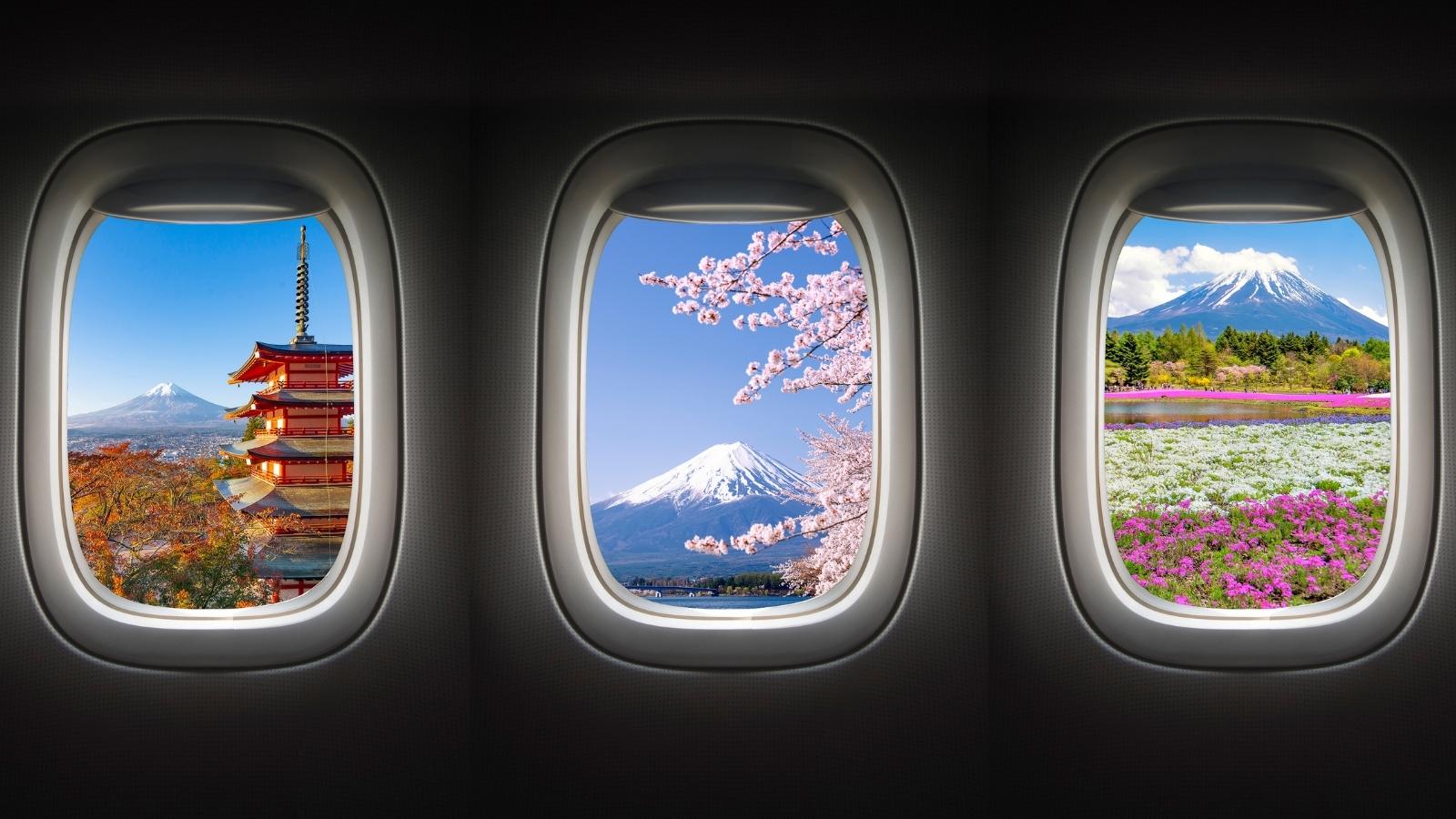 What does the future hold for Japan’s airlines? This is the first in a series of three articles focusing on Japan’s aviation market and exploring its airlines, airports and tourism as the travel recovery strengthens.

As we near the end of 2022, almost three years on from the start of the Covid-19 pandemic, Japan is open for travel and airline capacity is steadily returning.

How Has the Landscape Changed and What Can We Expect for Japan’s Airlines in 2023?

One thing that hasn’t changed in Japan’s airline ecosystem is the dominance of the two major airline groups, All Nippon Holdings and Japan Airlines Company. Between them and their subsidiaries, they accounted for almost three-quarters of all capacity operated in 2022.

Of the two groups, All Nippon Holdings is the larger with All Nippon Airways and Peach Aviation, its wholly-owned low-cost subsidiary, contributing 34.4% and 7.6% respectively of all Japanese scheduled capacity in December 2022. Operations by its Vanilla Air brand stopped in October 2019 when the airline was merged with Peach. Skymark Airlines also has a relatively small ANA stake at 16% and has just been relisted on the Tokyo Stock Exchange having left it in 2015. The airline has also recently indicated its intention to purchase more aircraft, potentially adding a further 12 Boeing 737 aircraft to its current fleet of 29, in a sign of the growth potential it sees in the Japanese market.

The Japan Airlines Company group has more companies but a smaller share of capacity. Japan Airlines is the largest company in the group with 26.4% of capacity in December 2022, followed by Jetstar Japan (3.7%), Spring Japan (0.2%) and ZIPAIR (0.2%). In July 2021  Japan Airlines became the majority shareholder in low-cost airline Spring Japan (formerly Spring Airlines Japan) and announced that it would be increasing cooperation between its subsidiaries from around the same time.

No Low-Cost Grab in Japan

While we have seen low-cost carriers in other parts of the world add capacity back faster than legacy carriers, the structure of the market in Japan means this is not the case here.

This is due to the unusual structure of the low-cost airline sector in Japan where most low-cost capacity is linked in one way or another to the legacy carriers. The failure back in 2013 of AirAsia Japan (a joint venture between AirAsia Berhad and ANA) was attributed to a clash in management with different approaches being pushed by those with low-cost and a legacy backgrounds. We know that there is a disappointing history of legacy airlines creating low-cost subsidiaries – look at British Airways’ Go Air, Air France’s Joon and IAG’s LEVEL – although some airline operators have shown it is possible to create a successful portfolio of brands which include legacy and low-cost. The Singapore Airlines Group is one such example, with Singapore Airlines operating alongside Scoot. Even there, the group has experienced some consolidation over the past couple of years with Silk Air ceasing to exist.

In Japan, the low-cost sector has also experienced consolidation. Peach Aviation and Vanilla Air (both ANA subsidiaries) merged with Peach Aviation as the surviving brand. Air Do and Solaseed, two of the smaller independent (though still with a NH codeshare) low-cost carriers, merged in October 2022. JAL has stakes in three low-cost carriers, JetStar Asia, Spring Japan and ZIPAIR, so should we expect some degree of consolidation? Each of the three airlines operates a different aircraft type (ZIPAIR operates with 4 Boeing 787’s, Jetstar Japan operates with 20 A320’s and Spring Japan operates with 6 Boeing 737-800 aircraft) and serves different markets to some extent.

Fundamentally, however, growth in the low-cost sector will be affected by the extent to which the low-cost airlines are permitted to compete with their legacy siblings. A look at Peach Aviation shows that the airlines’ top three routes for capacity are:

On the international front, China and Hong Kong remain virtually closed and so flights between China and Japan have not returned and nor have the Chinese carriers in any number. China Southern and China Eastern are operating just 1% of the capacity they did in 2019.

The largest pre-pandemic route still not being flown (aside from routes to China) is Hanoi to Haneda, followed by Haneda-Munich, Dusseldorf-Narita and Narita-Taipei. The changing use of Haneda and Narita for international air services is also evident. One of the largest routes no longer being operated is Haneda to Vancouver but it came back briefly before being switched to Narita-Vancouver in March 2022, a route that was not being flown when the pandemic started.

The pattern with Japan Airlines is not dissimilar. While the airline has added modest amounts of domestic capacity through 2022 it has doubled the monthly international capacity deployed, but has only added a handful of routes so that capacity per international route is now 80% higher than at the start of the year.

As we move into 2023, we should see further market recovery, especially in international markets. The big question is when will China fully re-open? While ZIPAIR can focus on exploiting long-haul low-cost opportunities, the key markets are domestic and closer to home. As and when China re-opens, expect to see significant pent-up demand from China to travel to Japan. Hopefully the Japanese carriers will be ready.

This is the first in a three-part blog series. Read part two: Will Japan Achieve Its Inbound Tourism Targets?