Will Japan Achieve Its Inbound Tourism Targets? | Part 2 of 3 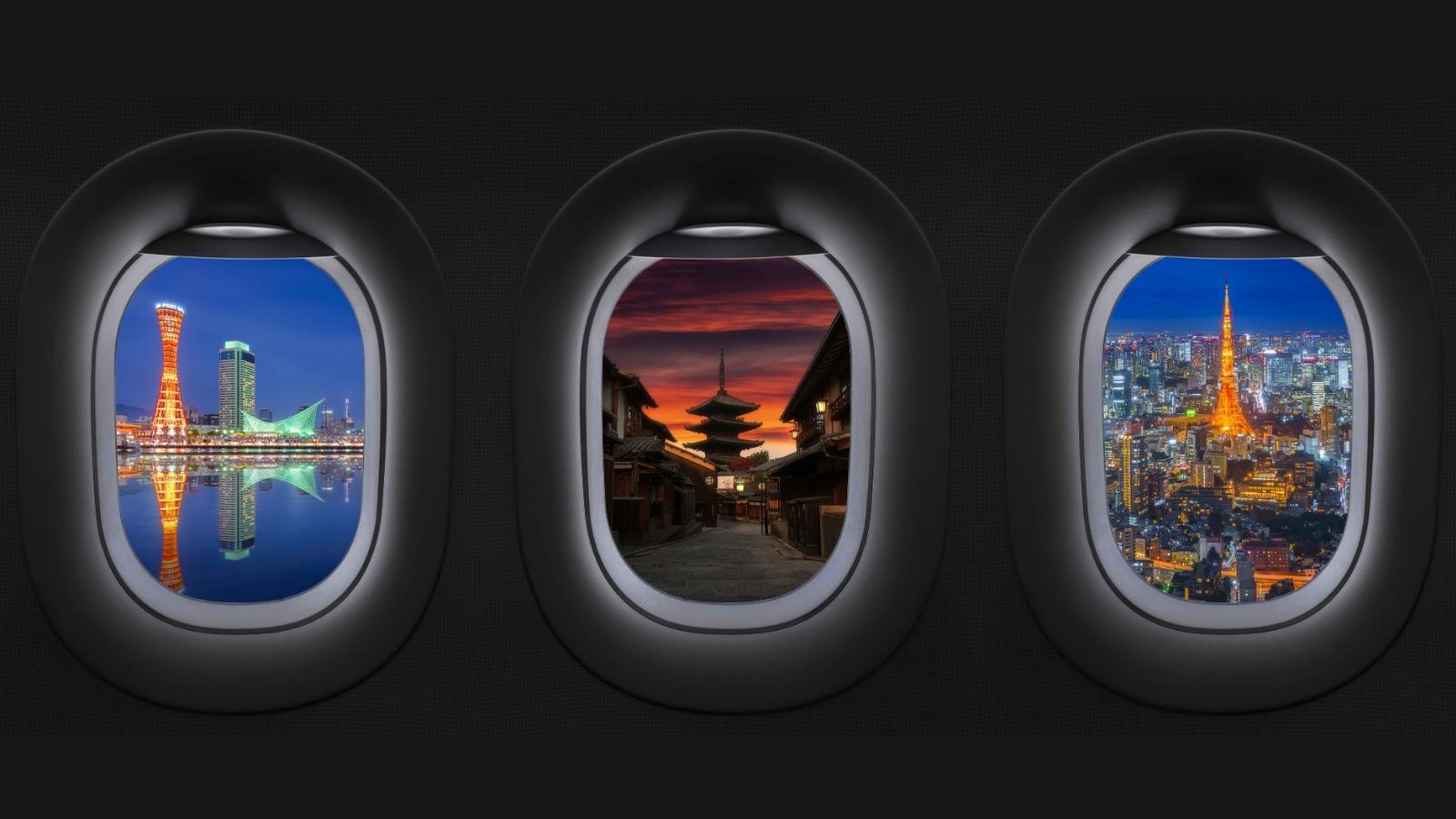 Japan finally lifting its stringent travel restrictions on 11th October 2022 was met by excited headlines, both in Japan and the world over - but has the joyous reaction translated into actual tourists coming to the country? And how has it impacted Japan’s outbound travel market, the world’s 16th largest in 2019?

This is the second post in our three-part series exploring Japan’s aviation market, in our first post in this series we explored what the future holds for Japan’s airlines.

Prior to the pandemic, Japan was in a golden age for inbound tourism, with 2019 reaching an all-time high of 31.9 million travellers, up from just 8.6 million in 2010.

Prime Minister Abe was behind much of this strong growth, positing inbound tourism as a way to revitalise Japan’s flagging economy, and in 2016, two ambitious international arrival targets were set: to achieve 40 million by 2020, and 60 million by 2030.

The target was certainly a stretch - but with the Rugby World Cup in 2019 rapidly approaching, followed by the Tokyo Olympics in 2020, there was all to play for. Strategies were rolled out which included developing longer-stay markets, establishing “regional revitalisation corridors”, boosting tourism outside of the main Tokyo and Osaka/ Kyoto areas, and boosting domestic spend.

International seat capacity grew from 79 million seats in 2012 to 130 million in 2019, and China rapidly surged to be the top tourist source market into Japan, surpassing South Korea and Taiwan.

Of course, that 40 million goal in 2020 was hit by the unexpected, and that year saw a paltry 4.1 million international arrivals.

Fast forward to December 2022, and Japan is still in its honeymoon reopening period, with just one full month of international arrivals in November (as yet unannounced), plus two thirds of October to show results.

As you would expect, October saw a rapid MoM (month-on-month) pick-up in the number of international arrivals, more than doubling from 207,000 in September - when business travellers and tour groups were permitted with visas, but not FITs (free independent travellers) - to 499,000.

The number of Tokyo’s international seats in October saw a relatively modest jump of 13% MoM, likely down to the short lead time of just 18 days between the announcement and the full reopening.

Other countries with high levels of both seats and recovery were located in Southeast Asia: Singapore (-22%), Vietnam (-26%) and Indonesia (-27%).

Other than pent-up demand, what Japanese inbound tourism has going for it currently is the depreciation of the Japanese yen vs the US dollar, which at one point hit a 32-year low in 2022.

Prime Minister Fumio Kishida himself stated in October that Japan “will powerfully pursue policy measures to maximise the benefits of a weak yen”, which included finally reopening the international borders.

The depreciation means that Japan (traditionally perceived as an expensive destination) is much better value for international tourists, adding to the impetus for travellers to visit in 2022 or early 2023.

Whilst the Tokyo Olympics did not prove to be the vital push to reach that 40 million tourists mark in 2020, it has left a legacy of improved infrastructure, including transportation links and an expanded Tokyo Haneda Airport. However, it is hard to see if it has added fuel to the revenge travel desire to visit Japan, and remains a lost opportunity.

As for all Asian countries, it’s important to note what - or who - is missing from the travel recovery picture: China.

There has not been an even recovery in terms of international seat capacity at key tourist gateway airports throughout the country. Kansai International Airport, the jumping off point for Kyoto, Osaka and Nara, was -71% of 2019 levels in November 2022. New Chitose Airport in Hokkaido was -78% and Okinawa lagged behind at -83%.

Southeast Asia to the Rescue for Japan in 2023?

The other looming issue for international inbound arrivals in 2023 is the worldwide economic slowdown. Two of Japan’s 2019 top source markets, the US and Australia, are currently forecasted by the IMF to see low GDP growth of below 2% in 2023, coupled with high inflation, which could damage consumer confidence and affect propensity to travel.

However, growing Southeast Asian visitor arrivals may help to offset this potential negative impact, as the region has a relatively healthy level of GDP growth forecast for 2022, combined with a high level of travel interest in Japan.

Indeed, Southeast Asia’s arrivals to Switzerland, a competitor destination to Japan, has reached -21% of 2019 arrival levels from Jan-Sep 2022, and been called “the powerhouse of the planet” by Switzerland Tourism’s CEO.

Outbound Travel Bookings Jump For Year-End on Relaxation of Restrictions - But will the Draw of Domestic Incentives Slow Growth?

Japan’s outbound travel saw a slow increase from January-October 2022, reaching a high of 386,000 in August 2022 over the peak summer holiday period, declining in September and growing back in October to 350,000.

The Japanese government has extended its domestic travel subsidy program, the “National Travel Discount Program” to 2023, beyond the original end date of 27 December. This generous subsidy could challenge the growth of outbound Japanese travellers, particularly in light of their depreciating travel spending power thanks to the weakened yen.

Japan is optimistic that it will reach its 2019 levels of international arrivals and 5 trillion yen spend by 2025 - and it is maintaining its ambitious target of 60 million visitors by 2030.

As it did when it formulated its strategy in 2016, Japan has two events planned for 2025 that it can pin some of its hopes on: the Expo in Osaka and the World Athletics Championships in Tokyo.

But, as we saw for the Tokyo Olympics, it can be dangerous to rely on large events to deliver large numbers. And with Japan’s talk of a more sustainable tourism, is 60 million even a desirable number?

This is part two of a three-part series. Read the final article: Japan's Airports and Covid-19's Continued Impact on International Travel.