Holiday periods are often busy times in terms of air travel and Chinese New Year is no different. This year will see an incredible amount of capacity coming out of the big 3 airports with Beijing (city) just shading it as number 1 for departures from Chinese airports with Shanghai and Guangzhou naturally rounding out the top 3.

Internationally, the top destinations over the New Year period are Hong Kong, Seoul Incheon, Taipei, Bangkok and Singapore – all of which are major hubs in the Asia Pacific region so travelling over the holiday will be even busier than usual!

Seats are very much in demand with additional capacity being provided by many carriers during this time and the prices reflect this. This conflicts somewhat with the recent announcement that the major carriers in China have removed fuel surcharges, for the first time since 2009, which will potentially impact demand in the coming months.

All of the major carriers will be scrapping for market share and so there will likely be some good deals to be had, just not at Chinese New Year! 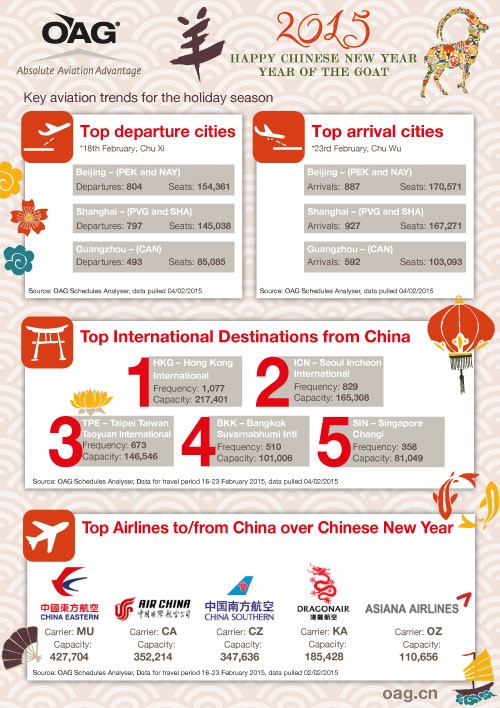