The news that China removed quarantine requirements for inbound travelers and was reopening to all international travel from 8th January 2023 was a surprise, as nearly every global demand forecast for 2023 assumed nothing much would change before the second half of the year; what do the experts know after all? In 2019, China was the fifth largest international market in the world with over 102 million seats per annum of which Chinese carriers accounted for 53.8 million, or a 52% share of the market. As the table below shows in 2022 China had slipped to 51st spot in the global rankings with just 7.4 million international seats - just ahead of Ethiopia but behind Cyprus - by any measurement a staggering collapse of position.

The current international market from China is just 7% of its pre-pandemic levels. Although the locally based airlines flipped a considerable amount of their capacity from 2020 to domestic services, the simple truth is that the financial results have been crippling for many airlines.

While the rest of the airline industry was reporting record revenues for the third quarter of 2022, China’s major airlines were reporting eye-watering losses:

Losses at this level no privately run airline could ever absorb. All of which makes the announcement of the change in policy from January a very welcome New Year’s gift to the Chinese-based carriers, but will the impact be as quick and as dramatic as some hope for? Probably not, and there are many factors that will need to be addressed.

The Chinese Lunar New Year commences on the 22nd of January and the year of the rabbit is supposed to bring prosperity, which is rather apt for the current situation facing the local airlines. Over the last few months airlines will have been taking reservations for the busy weeks of travel during the Spring Festival (22-28 January) and whilst domestic flying has proven to be unprofitable this holiday period would have been one of the peak weeks for demand with some hope of profitability. Many airlines likely have far too many forward bookings that will prevent them from adjusting and changing their planned services; frustrating, but something that couldn’t be easily overcome. Let’s just hope that the rabbit can be profitable all year round!

The second factor to consider is that most airlines had no flights on sale to and from China (and certainly not to the previous levels of pre-pandemic capacity). For most international airlines operating to China has been challenging, limitations on capacity that could be sold, damaged operating performance, expensive penalties of presenting Covid-infected passengers and crewing restrictions added further complexity. For many international airlines operating to China had become a case of “holding a position” and staying in the market with some presence awaiting the return of the market.

Across the top ten inbound markets from an airline operating perspective all but Hong Kong had less than 10% of their 2019 frequency operating to China in 2022, and even in the case of Hong Kong the total frequency count reflects a steady increase in frequencies operated in the last quarter of 2022. Taking just the Singapore Airlines group they operated nearly 11,000 services to China in 2019, around 30 a day, in 2022 that had shrunk to just one a day. 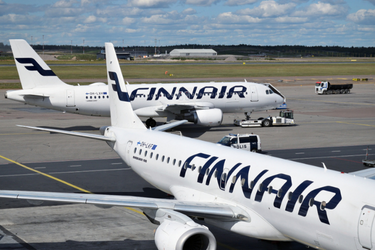 For many airlines rebuilding capacity to China will be a slow process and one which requires careful consideration. Some airlines, such as Finnair, who for many years had invested heavily in China a completely new network based on services to the United States has been built, destinations such as Dallas Ft Worth, Chicago O’Hare and Seattle being added to their network as they de-risked their exposure to China and the broader Asia market. With many airlines having pre-sold their summer 2023 capacity switching capacity back to China may be a problem, especially when some other important factors will need to be considered.

Reaching China – for the regional markets in Asia, and indeed from North America, accessing the China market will be a return to normal operating patterns and schedules; flights will be scheduled to maximise onward connectivity and it will in many ways be business as usual. The same cannot be said for the European carriers that will at some point return to China as they continue to avoid Russian airspace.

Alternate routings from Europe to Asia seem to have required either a very southerly track across Central Asia in an easterly direction or an even more bizarre northerly routing sending aircraft to near the north pole before tracking back down into Europe. Either routing appears to be adding between one and two hours to each flight which in many cases takes the flight time beyond twelve hours. That twelfth hour is a bit like the clock ticking down in Cinderella, at that point airlines begin to grapple with complex aircraft integration issues that may require either a delay to a returning flight, inefficient crew and aircraft utilisation or a range of missed connecting opportunities - none of which are ideal.

The table below highlights the number of scheduled flights operated by European airlines to China in 2019 and the impact of an extended two-hour block time on aircraft utilisation on both a per annum and per day basis. The impact for any of these carriers is significant, in the case of Lufthansa alone rebuilding their China network to its previous size without access to Russian airspace and improved routings will add up to around 600 days extra flying just in one direction. Since no airline has such spare capacity in its fleet it is likely that any airlines returning to China from Europe will have to operate with less frequency than they did in 2019 and for some, returning at all may not be worth the lost opportunities elsewhere.

Throughout 2022 China’s airlines have continued to operate to Europe - although with limited levels of frequency - and all of those flights have operated through Russia, providing a time and cost advantage to those carriers in a reopened market.

Chinese airlines also enjoy a cost advantage over their European rivals, lower wages and other operating costs have resulted in somewhere close to a 30% cost differential between carriers which in turn allows the locally based Chinese airlines to sell at lower price points than their competitors.

For the US-based airlines seeking to return to China political events (even before the pandemic) were making operations difficult and access to commercially acceptable airport slot pairs appeared difficult for some carriers. American Airlines in 2018 dropped all services from their Chicago hub to Beijing and Shanghai citing colossal losses on the route. Not surprisingly, no US major has operated a scheduled service to China since the pandemic began, with considerable long-haul investment taking place to Europe and the Indian sub-continent in that time an immediate return of any significant size seems unlikely.

The combination of additional sector lengths increased operating costs and alternate opportunities for European airlines and the wider political issues facing US-based airlines points to a wide-open door for China’s airlines to become the dominant capacity suppliers with only “notional” frequencies from European and US carriers. Since two of the major Chinese carriers are members of global alliances (Air China/Star, China Southern/Skyteam) and the third apparently close to joining OneWorld it is a reasonable scenario that the Chinese carriers will merely feed the short-haul networks of their partners at their hub airports rather than those carriers invest heavily in a market where they can’t win.

Away from the pure industry dynamics, there are other issues that need to be addressed before the Chinese market can reach its previous international volumes. With no passports being issued in China for the last three years approximately 30% of the market that held passports will need to reapply for those important documents. The processing of applications will take time and there is a huge backlog; in 2018 alone China issued some 30 million ordinary passports suggesting a backlog of around 90 million if everyone with a lapsed passport now reapplied; that’s a lot of administration and Chinese checks! With that in mind, it would be a brave traveller who books an international flight without having a passport in hand. Whilst it can be argued that those 70% of passports that are still valid will be dusted off and used in the next few months, the fact that no new passports were issued is likely to be an impediment to travel for a proportion of the market. 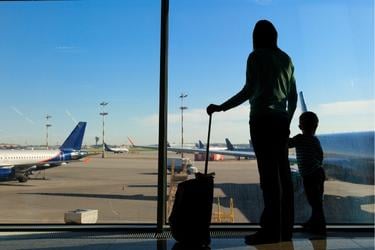 Finally, despite an increasing proportion of independent travellers, pre-pandemic leisure travel from China was dominated by group travel and package holidays; it is likely to be the same throughout the recovery. However, many destinations, hotels and ground package operators have developed other source markets such as India and the Middle East with commitments to accommodation stock secured at least for the summer season. For Chinese tour operators securing access back to that capacity will take time and the logistics of re-contracting, adjusting product requirements and marketing destinations will take time and makes it unlikely that this market will return until at least the second half of the year.

More positively, it is very likely that the VFR (visiting friends and relatives) market will be the first major segment to return and that is reflected in the early scheduling that we have seen from the Chinese carriers with announcements of new services in January and February to the United States. There are 3.8 million Chinese Americans and over the last three years there will have been a growing desire to replace a zoom call with a face-to-face reunion. At least from this perspective, China’s recovery will follow a similar shape to other markets when they have reopened, families first, group travel second and then a much slower recovery of corporate demand.

The easing of travel restrictions was sudden, but it will not result in a sudden change of capacity or rapid switching of schedules towards international flights; at least not in the next three to four months. By surprising everyone, the Chinese authorities have failed to recognise the planning that is required to reopen markets that had been closed for nearly three years or understood the challenges airlines are facing in adding more capacity at short notice.

However, despite all those challenges we expect China to once again become a major international market over the next year. Short-haul regional demand from China to major leisure markets such as Thailand, Vietnam, Japan and South Korea will noticeably grow in the second half of the year and by the last quarter of the year the outlet malls of Europe and North America will once again be accepting Alipay in all the shops. China might not quite be the hot spot for international growth that some expect in the first half of the year but heading into 2024 and beyond it will once again be in the top five international markets in the world, and that will be some recovery in twelve months.