Airport Slots... The Value of Nothing! 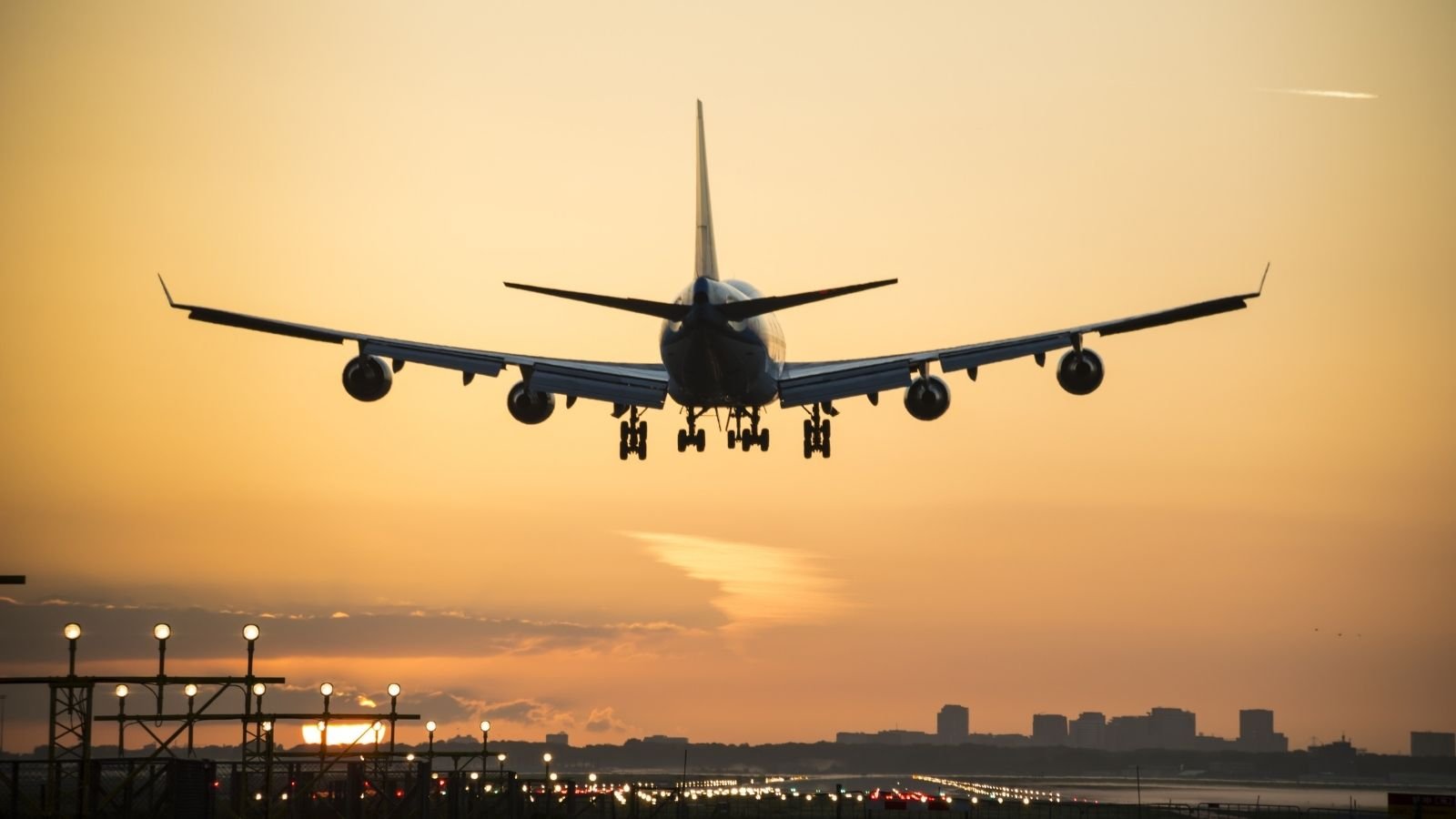 For something that does not physically exist airport slots receive a lot of attention and at OAG we frequently get asked to explain what an airport slot is and why they are so important. Before the global pandemic some airports around the world had reached their maximum capacity and the issue of airport slots seemed to be a daily discussion and bizarrely during the pandemic they became even more hotly debated as the rules around landing slots were eased.

What is an Airport Slot?

Airport slots are needed by all airlines, they are the allocation of a permitted time for an aircraft to take-off and land at an airport. These landing slots ensure that the aircraft have access to all the relevant infrastructure at the airport.

So, how do airport slots work and why are they so important? Let’s take a journey to explain…

There is a common misunderstanding that airport slots are purely the scheduled arrival and departure time of a flight, and to be fair that is what most passengers are most concerned about, but the passenger journey begins long before that aircraft leaves the ground.

Airport congestion is as much about the physical space and facilities as it is about the runway; the available check-in desks, the amount of space for security processing, the number of immigration officials available and the average time it takes to process passengers. All of this means that sometimes from an airline perspective a domestic flight can be accommodated but an international flight cannot since facilities such as the international arrivals hall may already be congested. Ultimately local planning, health and safety requirements and fire control regulations may limit the number of people in a hall and even the best-laid plans of an airline can be scuppered. 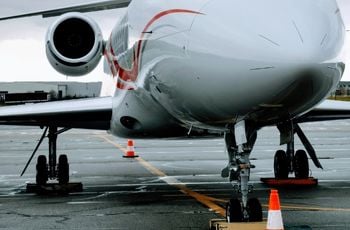 More technically for airlines, the type of aircraft being operated can determine airport slot availability. Sometimes smaller aircraft that have more flexibility in where they can be parked on the ramp can be accommodated, whereas a large wide-bodied aircraft such as an Airbus A380 which requires dedicated contact piers may not. So even in the world of slots, size can be important!

Assuming there is space in the airport terminal, then the next consideration for an airline is making sure that they can secure a set of matching takeoff and landing slots. There have been many occasions when an airline trying to access a very large airport can get either an arrival or departing slot but cannot for some reason get both; it sounds odd, but it does happen!

Airports frequently declare a maximum number of arrivals and take-offs per hour, frequently in conjunction with the navigation service providers, and if the desired hour of arrival is full then it’s full. So as frustrating as it may seem, securing a set of matching slots can be harder than it would seem.

Even more frustrating, occasionally an airline can secure a set of slots where the arrival time and departing time are several hours apart, and that may not be ideal. For all airlines it is important to maximise aircraft utilisation and an aircraft sitting on the ground can be an expensive wasted asset; three examples from London Heathrow highlight how a combination of available slots, wider commercial scheduling requirements and changes in time zones around the world can be impacted by airport slot availability.

Lengthy turnarounds can on occasion be commercially very valuable and indeed some airlines take the opportunity to undertake light engineering work on such aircraft, especially when the cost of labour can be cheaper than in their home market. All of this goes to prove that in some cases what may seem a bad set of airport slots are of real value.

The process of securing an airport slot is based on a series of rules developed over many years by IATA and whilst there are some local interpretations of those rules every airline broadly follows the same process. The Worldwide Airport Slot Guidelines (WASG) are the foundation upon which the global slot allocation process works. WASG is jointly published by IATA, Airports Council International (ACI) and the Worldwide Airport Coordinators Group (WWACG).

Twice a year at two very fast and furious conferences IATA hold a Slot Conference at which airlines and airports meet to finalise the airline's requirements. Typically, those airlines attending are the larger facilities where capacity is close to full and squeezing in those new flights or accommodating a request for an airline schedule adjustment can be challenging. Airlines will have submitted their slot requirements before the conference and depending on the outcome of their request will either leave with a smile on their faces and start to negotiate with other airlines to see if they can adjust their timings, or in some cases leave disappointed!

Airport Slot Rules: Use It or Lose It!

Since airport slots are finite and, on a few occasions airlines would secure a set of slots but not actually operate them (which seems crazy, but was a form of blocking competitors entering the market) to avoid this practice a series of “use it or lose” it rules were developed.

The 80:20 rule was developed - and seemed to have grabbed a lot of attention during Covid - the rule ensures competition, and the traveller’s interest by requiring airlines to operate at least 80% of their planned slots or run the risk of the slots being taken away; that requirement being managed by the slot regulator (more on that role later) with the ultimate sanction rarely being taken.

During the pandemic the 80:20 slot rule was suspended which avoided the need for airlines to operate “ghost flights” to maintain their slots; flights were empty enough without adding the need to operate just to keep a slot. The waiving of the 80:20 rule has been controversial in some markets, those airlines operating and recovering faster claiming that the rule was preventing them entering a market whilst slower carriers took their time to restart services.

Airlines can also be fined for operating off-slot, especially at large airports where capacity is very constrained, and a late arrival is akin to arriving late for a restaurant table; the booking may have been taken. Airlines are rarely fined but are frequently warned and it can be interesting to read. Fines are also in financial terms normally no more than a slap on the wrist; Ethiopian Airlines were recently fined £2,000 for operating one service to London Heathrow without an approved slot; the revenue from the flight would have easily outweighed that cost.

Airport slots can be extremely valuable, and airlines want to see a fair system of slot allocation applied. Many years ago, the regulator of slots would be a representative of the national airlines supported by a small team. The regulator may have been “independent”, but when seconded from the national airline just occasionally future career aspirations or corporate pressure could cloud a decision. 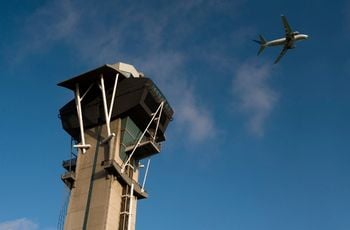 Fortunately, many airports have moved away from the historic structures and have a full time externally appointed slot regulator who manages the process and ensures fairness of the whole slot process. An external, independent regulator can also see the “bigger picture” of which airlines want to move a slot and broker slot changes on occasions that helps the airports maximise their capacity and airlines operate their most desirable schedule. And when fines are issued, at least they are levied by an independent authority!

After much back and forth, takeoff and landing slots are now accepted as being owned by the airline and in some instances, airlines have sold valuable slot pairs to support their wider financial interests. The price of a pair of matching slots can vary tremendously, at London Heathrow a pair of peak slots in the morning can be extremely expensive, Oman Air purchased a set of slots for some US$ 75 million in 2016 from Kenya Airways; the airline will never make a profit of US$ 75 million on that single service. Kenya Airways were of course delighted and had US$ 75 million to keep them operating for a few more months.

On other occasions an airline may be required to hand over a series of slot pairs as part of an approval process for a wider set of commercial arrangements. The establishment of joint ventures across the Atlantic between European and US airlines required some European Airlines to make slots available for new entrants to operate on selected routes using their slot pairs. Such agreements have tended to be temporary with the new competitor failing to sustain the service and the slots then being handed back to the original holder having fulfilled their obligation.

The world of airport slots is complex, in many ways it is a trader’s market, like a stock exchange with trading back and forth and different values for different airports, times of days and pairs. The best traders have years of experience, a network of contacts and an intimate knowledge of their airlines networks, future requirements and can spot an opportunity to move very quickly. They simply live and breathe slots!