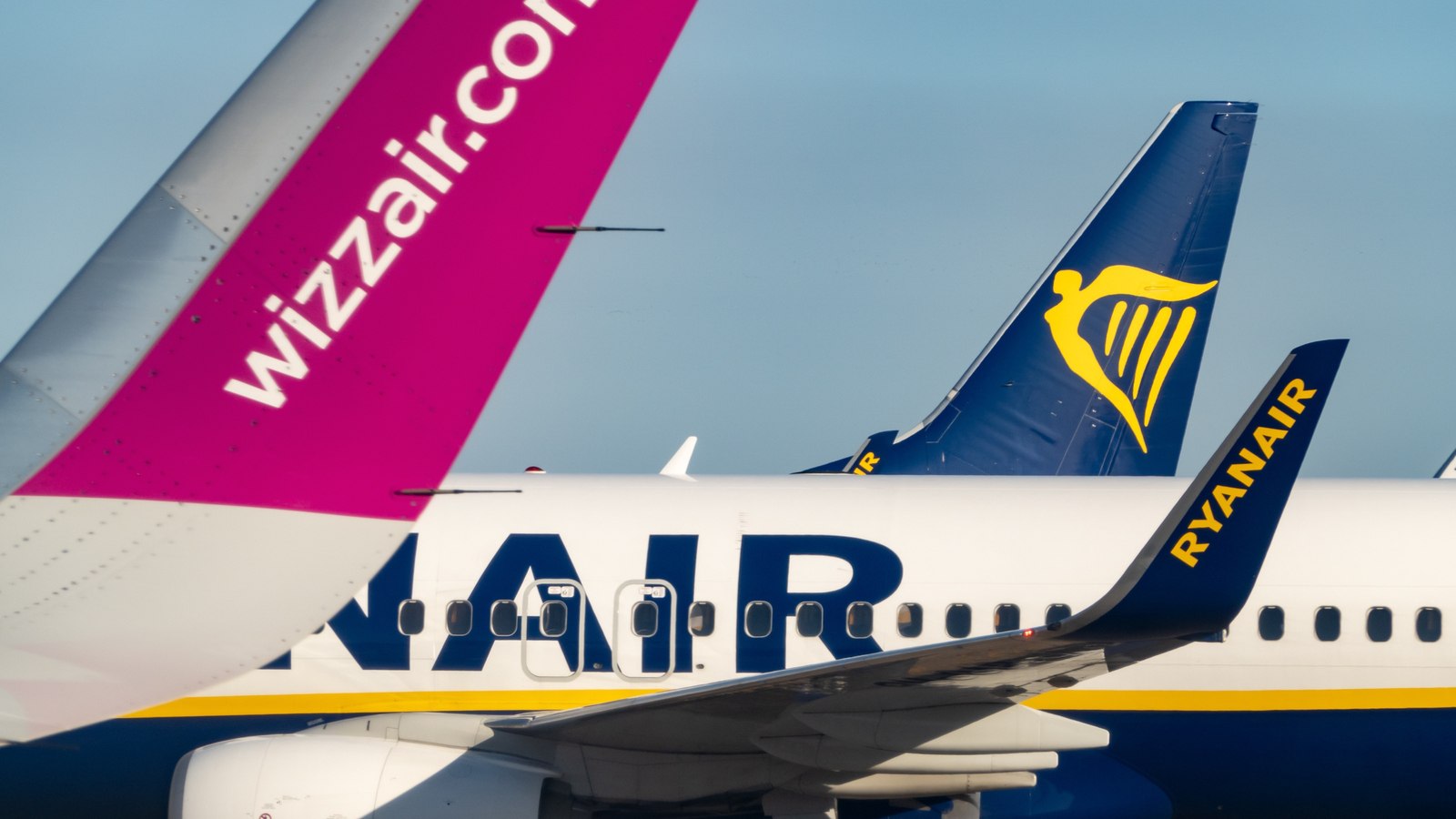 One of the lessons from the global pandemic was never to miss an opportunity in adversity as many suppliers around the world will tell you! The airline industry as we all know suffered more than most as borders were closed, travel restrictions applied and consumer confidence evaporated in the face of rapidly increasing infection rates in nearly every country.

Covid-19 has changed the aviation industry forever; new travel requirements are likely to be with us for many years, travel patterns have changed for many, corporate travel has been disrupted and travelling through an airport now requires numerous checks and pieces of paper. Anyone who has flown internationally will probably have had a PCR test before flying, carried papers confirming their vaccination record and had apps with QR codes loaded across various portable devices. We have all learnt something in the last two years and from an industry perspective two of those key learnings are that size is important and flexibility crucial, both of which make low-cost airlines the winners in the recovery.

If it was possible in an aviation crisis the pandemic created a series of circumstances that played to the strengths of the low-cost airline community. Domestic airline markets remained opened, international connecting traffic ceased to exist, countries opened and closed requiring a high degree of labour flexibility and experience of stimulating demand crucial. A series of skills that low-cost carriers (LCCs) typically have in abundance.

The headline numbers however would suggest that not much has changed in the market since January 2020, the last month before Covid-19 had any impact. LCCs’ capacity stood at 30.1% two years ago and will only have increased to a 32.1% share in March 2022, hardly a rapid rise. But in absolute terms LCC capacity is now at 87% of its pre-covid level compared to 79% across legacy carriers. Simply put, LCCs are back, whilst legacy carriers are still getting there.

A “modest” 2% increase in airline capacity share at a global level for the LCC’s hides some significant regional movements as the table below highlights. Comparing the regional shares for January 2019 to March 2022 some significant shifts in major volume markets have occurred such as Europe, South East Asia and the Middle East where carriers have been building capacity share quietly but efficiently in the last two years. Airlines such as Ryanair and Wizzair have made no secret of their ambitious growth strategies during the pandemic - having identified both markets and airlines for attack in the last eighteen months. In the Middle East the continued growth of FlyDubai, the creation of Wizzair Abu Dhabi, the Etihad/Air Arabia venture and of course huge investment in FlyNas in Saudi Arabia explain the strong growth taking place in one of the most exciting aviation markets in the world at this moment in time.

Even those LCC markets where current capacity share has fallen are great candidates for future growth. The near 5% fall in share in the South West Pacific is based around lockdown in Australia and the early collapse of Virgin Australia; new airlines and international markets now opening will address that loss of share in the next few months. In North East Asia the effective closure of key international markets such as Japan and South Korea remains problematic but again will recover over the course of 2022. And then of course China will surely at some point have some real LCC carriers, or will it?

The obvious way in which to increase capacity and therefore market share is by acquiring more aircraft and the major manufacturers production lines are filled with orders from LCCs as the table below shows. Comparing the top ten airlines in each segment - Low-Cost Airlines and Legacy Airlines - and accepting that orders can change quickly, legacy airlines have nearly half as many orders as their low-cost competitors.

Overlay LCCs' planned aircraft growth with their typically higher number of daily flights and airline capacity from these carriers will outstrip legacy airline growth over the next five years at least. And linked to the increase in aircraft, LCCs have developed a much more flexible approach to market development that just cannot be matched by any legacy airline.

For several reasons, not least of which is some archaic restrictions around overseas ownership designed to protect locally based carriers however inefficient those operators are, legacy airlines have had limited success in expanding outside of their own markets. Whilst some airline groups such as IAG and Lufthansa have developed complex operating groups they retain individual brands in each market. As you would expect LCCs have overcome that problem!

In Europe, LCCs have established numerous base operations in multiple countries; Ryanair (subject to what deal is about to be renegotiated) has some 85 airports in Europe that could be considered bases, Wizzair has 38 and easyJet has 28. These bases provide a vast geographic advantage and also minimises network risk by having the ability to move aircraft and crews around as necessary to match market conditions and indeed commercial deals. Air Asia’s franchise operation works across multiple South East Asian markets with varying levels of success.

Recent development with Wizzair also point to new market developments and a spread into other regions of the world. Although currently only operating with four based aircraft, Wizzair Abu Dhabi is a foot in the ground for expansion into both the Middle East region but also East Africa, the Indian Sub-continent and of course connectivity back to Europe. With FlyDubai already established in the market further competition will only stimulate more demand and whilst not challenging the position of Emirates remains an unwelcome distraction to Etihad. One stop self-connecting services from Bucharest to Kigali are only a matter of time! And then of course there is long haul low cost to consider…

The future of long-haul low-cost services remains in doubt regardless of Scoot, Norse Air and others once again launching services; the price of fuel and high breakeven load factors in a world of social distancing remains to be see. But mid-range low cost is about to enter an exciting period of development.

With all the major low-cost carriers already operating or about to take delivery of next generation single aisle aircraft capable of operating seven or even eight-hour sectors with no operational penalties it is only a matter of time before these carriers start to connect continents as part of their move to global domination. How long before Ryanair launches flights across the Atlantic, before Wizzair operate an Edinburgh – Abu Dhabi service or Southwest start flying down to Rio? Low-cost airlines have always been looking for the next opportunity, the next chance to disrupt the status quo and in an industry recovering from a crisis there is no better time to attack the status quo.

How Far Can Low-Cost Go?

The aviation landscape has changed, the pandemic has been a larger disruptor than any Ryanair low fare offer. As we are already seeing, a recovery is underway and some markets are getting closer and closer to a recovery at least in terms of capacity and demand, price is another issue. Low-cost airlines are extremely well placed, have pole positions on aircraft orders and a successful record of expansion into new markets. It is only a matter of time before low-cost airlines take their capacity share above 35% and beyond. And should China ever embrace real low-cost airlines then reaching above 40% share becomes a real possibility, but one thing is for sure…only time will tell!