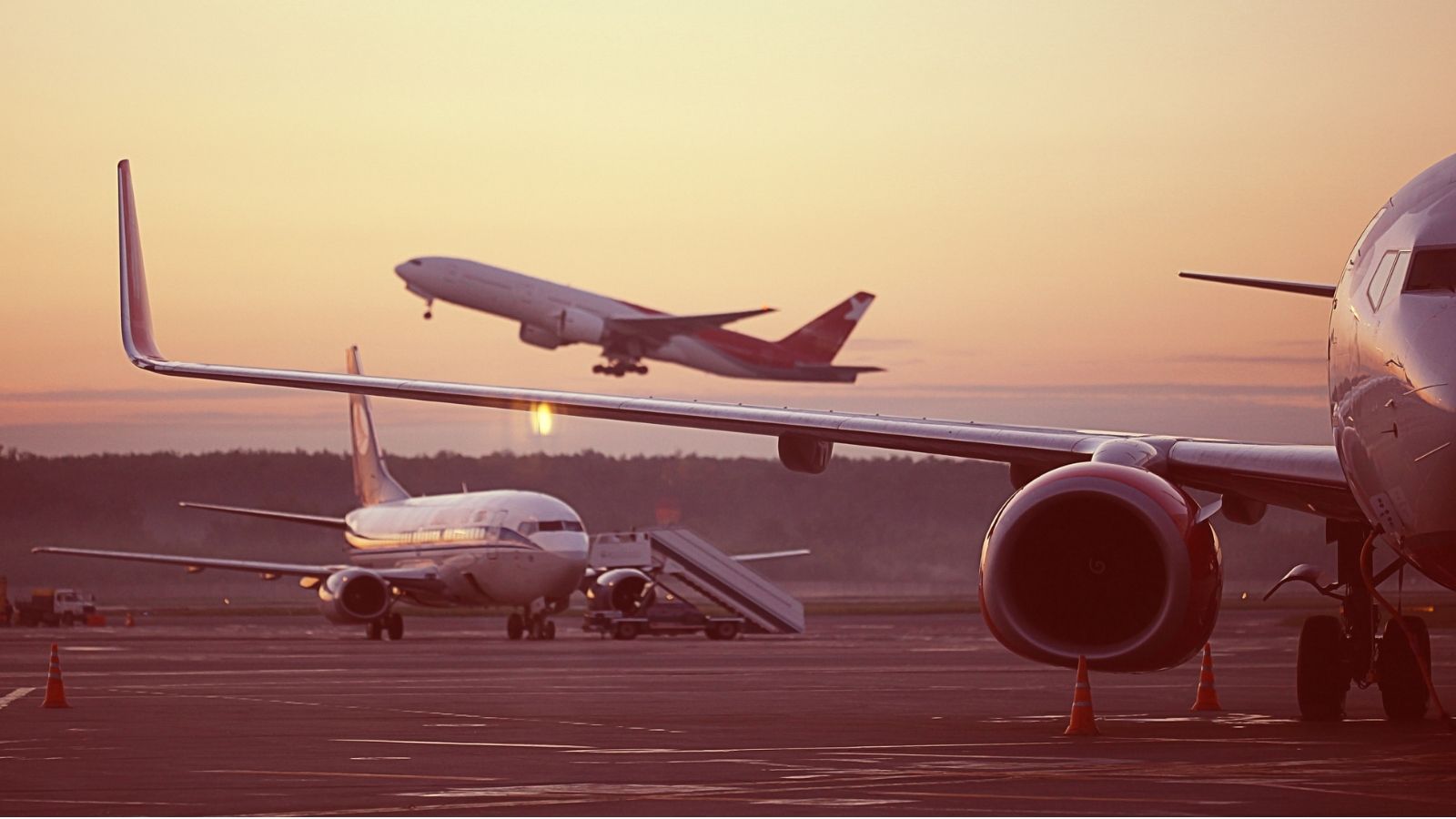 As we finish the first quarter of the year, global capacity has remained above 80 million seats this week despite a further downturn in China, where cities continue to be locked down as the authorities grapple with a few thousand cases of domestic Covid-19.

Last week we saw a significant amount of capacity being removed for the rolling three month forward period as airlines responded to a combination of events, and some carriers eased back on capacity growth with the expectation of squeezing yields higher to combat the increasing costs of oil. Fortunately, this week it seems that, at least in the medium to longer term, airlines are now settling down on capacity changes with another 4.2 million seats added for May and June. April does however remain a bit of a problem, as some six million more seats were removed for the remainder of the month in the last seven days; it may just be that some airlines have realised that there is an Easter Holiday looming! There is no doubt that the 'yellow worm' of 2022 is edging ever closer to the 2019 base, but as for catching up by year end; probably as much chance as Brighton scoring in open play before December. 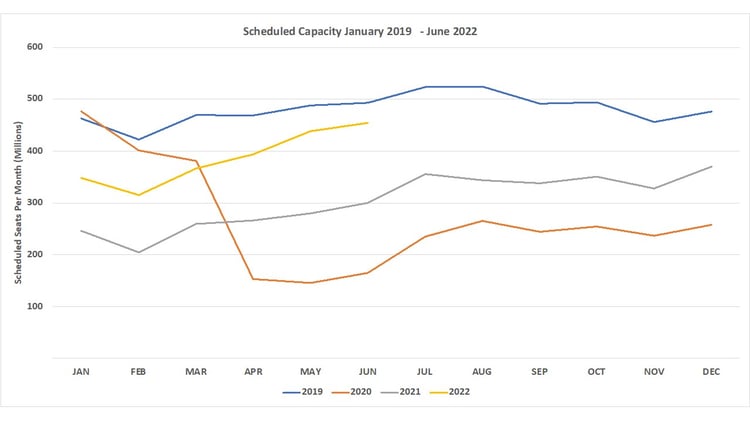 Western Europe continues to see very strong growth week on week, which appears to have caught some airports off guard judging by the lengths of security queues. The challenges of operating airports with staff shortages and increasing Covid-19 cases cannot be underestimated. Western Europe is now at around 88% of the 2019 level and with some further growth coming in the next few weeks, it may creep to less than 10% below normal, who would have expected that in the dark days of late January this year?

North East Asia, well China in truth, continues to slip down the rankings with another 1.2 million seats dropped, and the region is now down at only 60% of pre Covid-19 levels, in the good times; the 'Golden Triangle' of traffic between China, Japan and South Korea represented a very large and profitable market; with China closed, those other countries are struggling to recover as well.

As the global market recovers, we are also now seeing some regional markets breakthrough their 2019 levels. South Asia is booming, with India driving the region. Both Central America and Upper South America are also now above par, but in percentage terms all are surpassed by Central/Western Africa, which is now at 19% above 2019. Central/Western Africa has been a strong performer in 2022, consistently close to and above historic levels of capacity with a combination of new airlines building networks in the region; absolute numbers may remain modest compared to other parts of the world, but it’s good to see any region growing again.

At this point, rather than repeat the usual top 20 country markets, which are always interesting but equally change little from week to week, we have looked at the top twenty fastest recoveries by country market since January 2022. To avoid a small Island topping the table, we have applied a qualifying criteria to the market sizes, so apologies in advance to places such as Equatorial Guinea, Eswatini and the Cook Islands.

The top 20 list is dominated by European countries, with a combination of nearly all lockdown restrictions being removed and the change to Summer programmes from most airlines accounting for some quite considerable improvements. The United Kingdom has seen the largest recovery in percentage terms (+41%) in Europe but not far behind are Greece and Portugal.

Vietnam is however the country with the largest capacity recovery over the last three months, with a 53% improvement and some 1.1 million seats being operated. It is also good to see Singapore also reopening, not least because I am on a flight there at the moment, with a 38% recovery in the last twelve weeks things are certainly improving for the market and connecting traffic is once again rebuilding through the airport.

There are unfortunately still some eighty-six country markets where capacity has declined compared to the first full week of January for different reasons. China currently stands at minus 37% and Hong Kong at minus 36%; in Hong Kong there are apparently plans to reduce the requirements for quarantine on arrival from three to two weeks; that will make a huge difference to the attraction of the destination, not! If, just if, Chinese capacity was this week at the same levels as in January, then we would be looking at a global capacity position of close to 86 million seats a week…sadly 'ifs' and 'buts' count for nothing.

Looking at the scheduled airline data in the same way as country markets then, EasyJet are the standout winner in terms of capacity recovery, although some of their low-cost competitors would argue that they were slow off the mark at the beginning of the year. Nevertheless, almost doubling capacity in twelve weeks is no mean feat, especially when going from one million to nearly two million seats a week; they just don’t all have to fly over my house please! British Airways are in second place in the recovery chart, although again they were notably slow in restarting services as they waited for their IT systems to boot up, again, and again and again it seems.

Looking at week on week capacity growth amongst the list of top twenty, then Vueling are the standout performer with a 28% increase in capacity across their network, which in essence is all their growth since January, all in one week! Five airlines in the list are now operating more capacity than in the same week in 2019, Ryanair have been ahead of the curve for some time and are now joined by others including JetBlue and Spirit.

The airline industry is definitely in recovery mode in most parts of the world as witnessed by a combination of security queues, more capacity, new routes and intriguingly more and more aviation related conferences all taking place at the same time. The next few weeks should prove to be extremely busy for many airlines, which certainly isn’t something we have commented on in the last two years.