British Airways Remove Half a Million Seats from Q4 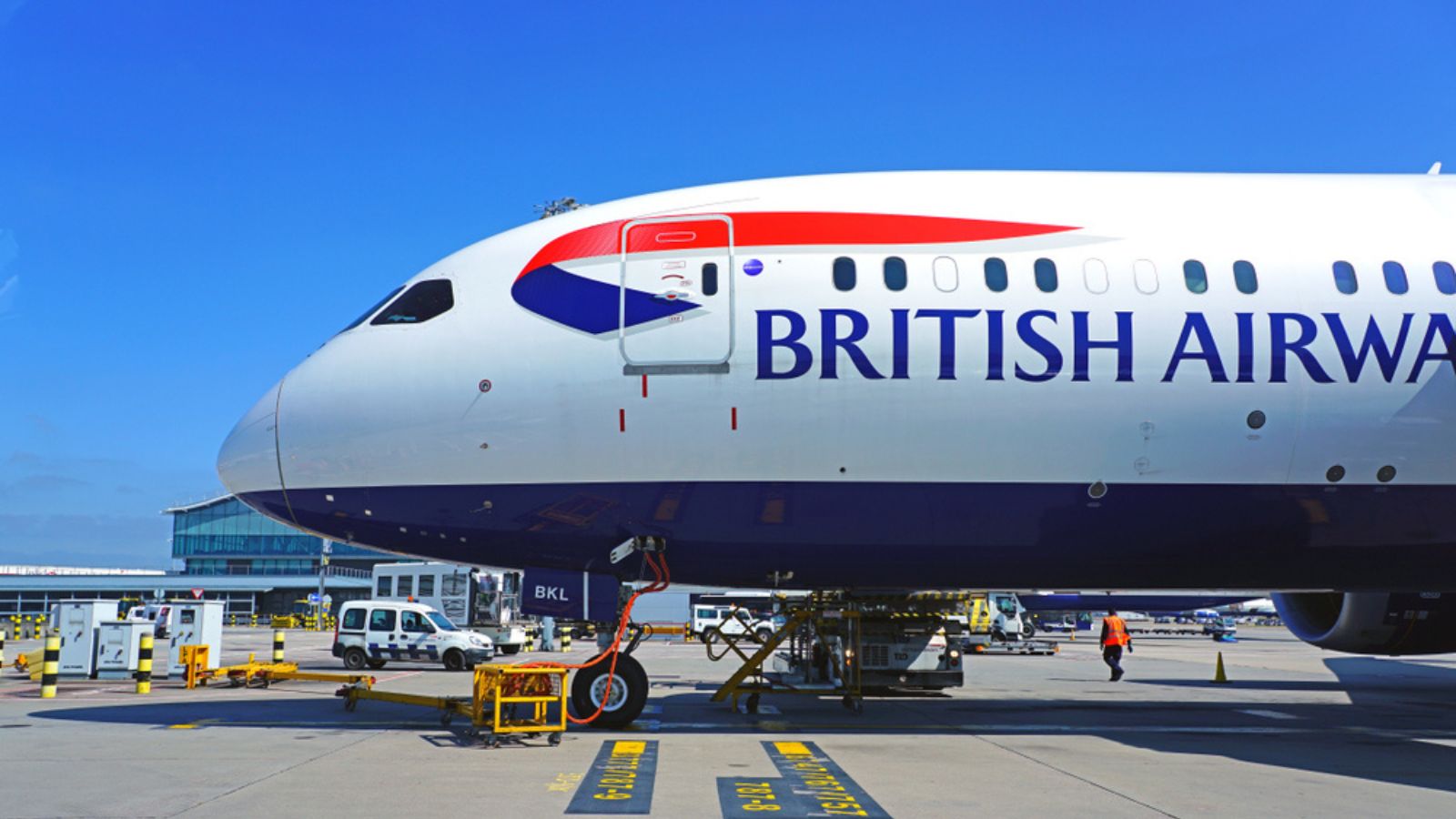 Is This the Last Week of 100 Million Weekly Scheduled Seats?

Although global airline capacity remains above the 100 million seats a week mark, it is likely that this will be the last week that we manage to break that barrier for the rest of the year.

Week-on-week some four million seats were dropped from this week’s operating programmes. Next week’s data is already hovering just above the 100 million seat mark, and allowing for the current rate of capacity drop each week, we will be back in the high nineties in seven days’ time. In every sense summer is coming to an end, schools are returning, everyone is returning to work, the days are shortening in the Northern Hemisphere and corporate demand is returning; well, most of those things are happening!

A Mixed Travel Recovery Continues Across the World

As with every other week in recent times, there are mixed messages of a travel recovery in some places and further airline capacity cuts elsewhere.

Japan has finally eased their travel restrictions on arriving visitors from early September, just as the holiday season comes to an end; a perfectly arrived event! Meanwhile, the United States has banned several Chinese airlines from operating in what has been described as a “tit for tat” piece of action to the current restrictions imposed in China on airlines that innocently carry a covid infected passenger. In Europe, capacity caps look likely to remain in place at some major airports throughout the winter, this may increase average load factors on short-haul services if demand remains strong - something which is questionable in a challenging headwind of economic factors. There is never a dull moment in the aviation sector for sure.

Although there remain some 1.34 billion seats scheduled through to the end of October, in the last seven days 18 million seats have been removed from sale (1.4% of those on offer last week). Increasingly airlines are looking at the strength of demand for the coming months and where possible are looking to consolidate. The major US airlines have in the last few months removed between 8-10% of their planned capacity for the last quarter of 2022, and other carriers in various markets are following. Last week, British Airways had 5.6 million seats scheduled from their London Heathrow base for the last quarter of the year, they have now cut that back to 5.1 million as they respond to extended airport capacity caps.

The relaxation of travel requirements for entry into Japan are not reflected in this week’s flight data, and in all likelihood until China once again allows for unrestricted international travel the impact on airline capacity will be quite small. However, destinations such as Thailand and Vietnam can expect to see more golfers hacking around their courses, whilst the beaches of Okinawa will finally see more South Korean tourists.

Global airline capacity may have fallen by 1.4% week-on-week but there is no need to panic, this is consistent with the normal seasonal patterns that we see in early September and is certainly not a response to any pandemic activity. Quite simply we all must go back to work and for some leisure airlines that means a chance to ease the utilisation of their aircraft, and for others a chance to undertake planned maintenance on their fleets; aviation is, after all, a reflection of economic strength and activity around the globe.

Airline capacity remains at 85% of the pre-pandemic level and that has been a similar percentage for many months, and as we have said many times before, will not change until some major markets re-open for business and that may not be before early in 2023.

Having not shown the table last week for the sake of those in the United States we can once again confirm that the country remains the largest aviation market in the world with some 20.7 million seats scheduled this week which represents nearly 95% of the 2019 weekly level. Six other country markets in the top twenty are at over 90% of their pre-2019 capacity levels, whilst Greece and Mexico are both significantly up on their 2019 capacity - both markets perhaps continuing to benefit from their “open for business” stance through the pandemic, if that continues through to next year will be interesting.

How Are Airlines Adjusting Capacity for September?

With the top twenty country markets remaining unchanged for another week, we have looked at how in recent weeks airlines have been adjusting their capacity for September versus their plans in early June.

Aside from the normal adjustments in capacity that are ongoing - airlines have had to grapple with resource issues, delays in aircraft delivery, and of course airport caps (placing limits on daily passengers in some locations) - by taking a “snapshot” of the OAG database on the 6th June, we have compared airlines’ planned capacity to that currently filed for September (we have excluded all Chinese domiciled airlines given the regular changes to capacity taking place there).

The largest proportion of scheduled capacity adjustments have been made by Go Air, a low-cost Indian airline, who have cut nearly half (-47%) of their capacity for September versus their initial plan in June. Jetstar Airways are also another carrier that have had challenges with their network and have consequently cut capacity by over one-fifth. The challenges of British Airways and their Heathrow base are well documented and therefore a 20% cut in planned September capacity is no surprise. Equally, finding skilled resources in Australia has been tough and both Virgin Australia (-15%) and Qantas (-10%) have had to make capacity cuts. And even in some of the more stable markets in recent times, such as the United States, carriers United and JetBlue have shaved capacity back for different factors.

Of course, the “benefit” of these capacity cuts has been significant improvements in flight cancellation rates in the last six weeks, with near normal levels now being reported in most markets. In time these improvements will help rebuild consumer confidence, but if airlines are not able to fully utilise their assets then the chances of a return to profitability becomes harder - unless, of course, airfares are increased and that comes with its own set of risks when global economies are struggling to control inflation.

It may have been tough managing an airline, or indeed Aston Villa throughout the year, but the current set of events facing airline CEOs are equally as daunting. If there was light at the end of the tunnel at the beginning of the year it may just be flickering now! 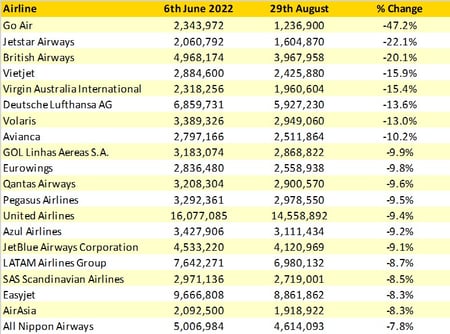 So, as we reach the end of August, traditionally the busiest month of the year, the traditional cuts in capacity are happening. It’s no surprise or shock, it’s just the way the industry works. Many airlines will now be looking for the return of the corporate traveller and although the strength of that return remains uncertain, one thing is for sure - with very high airfares anyone travelling on business will have a very good reason for making that trip!