With 18% of all capacity to and from points beyond China’s border, the Air China Group is China’s most international airline group.

Air China Group capacity is growing at a similar rate to its peers, adding 9.3m seats in the last 12 months to June 2018 but the network is smaller as the Group operates to fewer destinations than the other Chinese airline groups.  Growth rates for domestic and international capacity are similar, at 8% and 7% respectively. 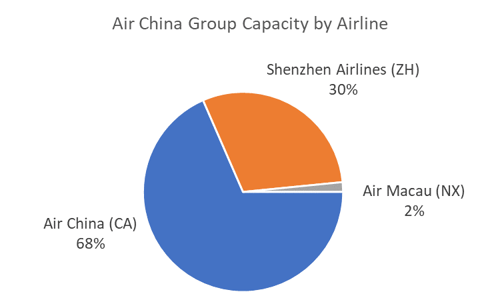 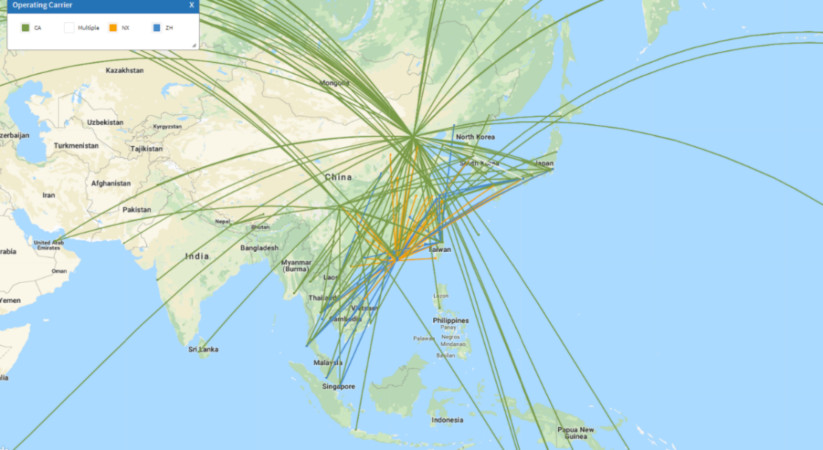 The focus of Air China’s domestic operations is the Beijing hub, although it does have a secondary hub at Shanghai. There is little overlap with Shenzhen Airlines network which operates out of its southern base at Shenzhen. 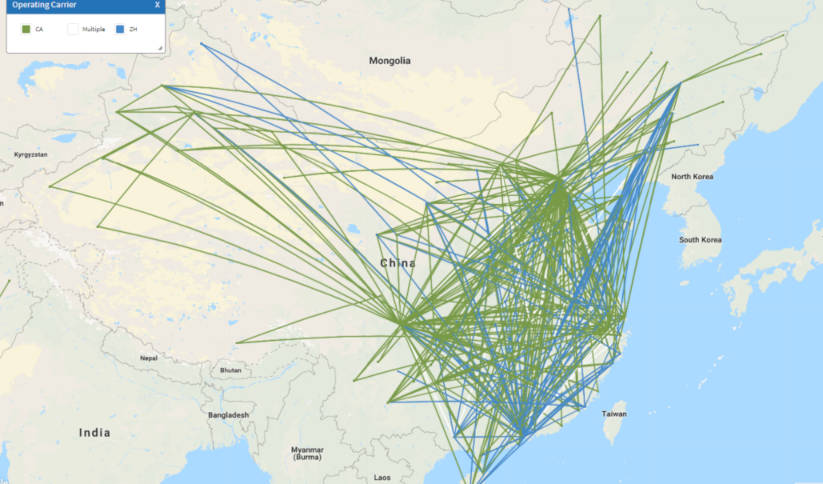 The group had scheduled capacity of 129 million seats in the 12 months to June 2018. Beijing has the largest group capacity, followed by Shenzhen Airport and then Chengdu and Guangzhou.

Air China’s primary airports are Beijing and then Chengdu with much smaller operations from the other 8 airports.

The new Beijing Airport will free up some much needed capacity for Air China to expand from Beijing and their current order for 13 long haul aircraft looks set to facilitate this expansion.

Now take a closer look at the series of blog articles dedicated to the China Airline families: