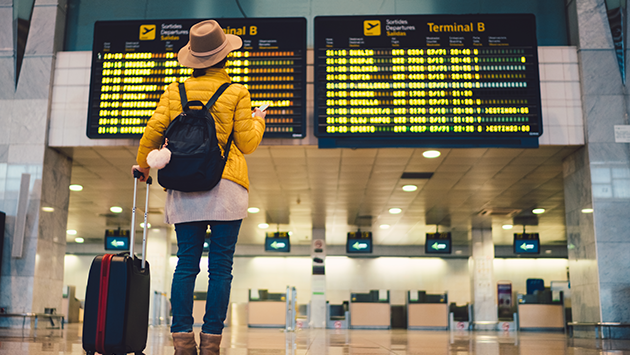 Industrial action and weather put dent in the OTP for regional airlines and airports; Paris CDG takes the biggest hit

LUTON, U.K. – January 3, 2019 – OAG, the world’s leading provider of travel data and insight, today released the results of the OAG Punctuality League 2019. The report provides a comprehensive ranking of the world’s largest airlines and airports in terms of on-time performance (OTP).  This year, regional disruptions in air traffic control (ATC) created a tough environment for Europe’s airlines and airports.

Drops in OTP proved to be mostly consistent across all European airports. Most notably, Paris CDG, a regular contender among the world’s top Mega Airports, failed to make this year’s top 20. Down from second, Madrid (MAD) ranked sixth in this year’s Mega Airport rankings with an OTP of 79.28 percent. London Heathrow (LHR; OTP 75.54 percent) and Frankfurt (FRA; OTP 70.83 percent) both lagged behind previous performances — however not enough to leave them out of the top 20, where they ranked 15th and 19th, respectively. Amsterdam (AMS; OTP 77.7 percent) managed to defy the odds and retained its eighth spot among the world’s largest airports with a <1 percent increase in OTP.

On the carrier side, British Airways (OTP 76.07 percent) was Europe’s most punctual Mega Airline and the 10th most-punctual Mega Airline in the world. airBaltic, despite a small decline in OTP, ranked as the second most-punctual airline in the world (OTP 89.41 percent). Facing similar repercussions from market challenges, easyJet moved up one spot to rank 14th among the world’s largest carriers (OTP 72.7 percent).

Showing across-the-board improvements, Qatar Airways moved up five spots to ninth overall in the world (OTP 86.04 percent) and No. 1 in the Middle East. KLM also improved significantly from 2018 – moving up 19 spots to rank 11th with an OTP of 84.57 percent.

Many of Europe’s low-cost carriers (LCCs) fell in this year’s rankings, mostly due to factors outside of operational control. The region finished with only two airlines – Transavia (OTP 81.7 percent) and Norwegian (OTP 74.94 percent) – in the top 20 global LCC rankings, compared to five last year.

“2018 was a tough year for Europe’s aviation market. The region’s airlines and airports faced a perfect storm of industrial action, supplier issues and inclement weather – all of which combined to have a big impact on OTP,” said John Grant, senior analyst with OAG. “Considering the difficult circumstances, many of the region’s top carriers and airports performed quite admirably.”

“On-time performance is one of the single most important metrics in the travel industry. Every on-time arrival and departure creates a significant trickle-down impact that affects travellers, other airlines and airports, business, travel suppliers and more,” added Grant.

The OAG Punctuality League is derived from the most comprehensive airline schedules database in the world and is the most transparent global benchmark for the world’s airlines and airports. This year’s report is based on over 57 million flight records using full year data from January 1, 2018 through December 31, 2018.

To qualify for inclusion in the OAG Punctuality League, the OAG schedules database must have data for at least 80 percent of all scheduled flights operated by an airline or for an airport. OAG’s definition of on-time performance (OTP) is flights that arrive or depart within 15 minutes of their scheduled arrival/departure times.

For more insights from the OAG Punctuality League 2019, download a copy of the full report.

OAG is a leading global travel data provider, that has been powering the growth and innovation of the air travel ecosystem since 1929.

Every day, we support millions of journeys across the globe, enabling a simpler, seamless and more enjoyable travel experience. With the world’s largest network of schedules and status data, and leading-edge analytics tools, we enable our customers to make smarter decisions, better adapt to change and create exceptional customer experiences.

We partner with some of the biggest global brands, airports, airlines, travel operators and fast-growing start-ups to design the best services available today, and the finest innovations of tomorrow.

Headquartered in the UK, OAG has global operations in the USA, Singapore, Japan, Lithuania and China.