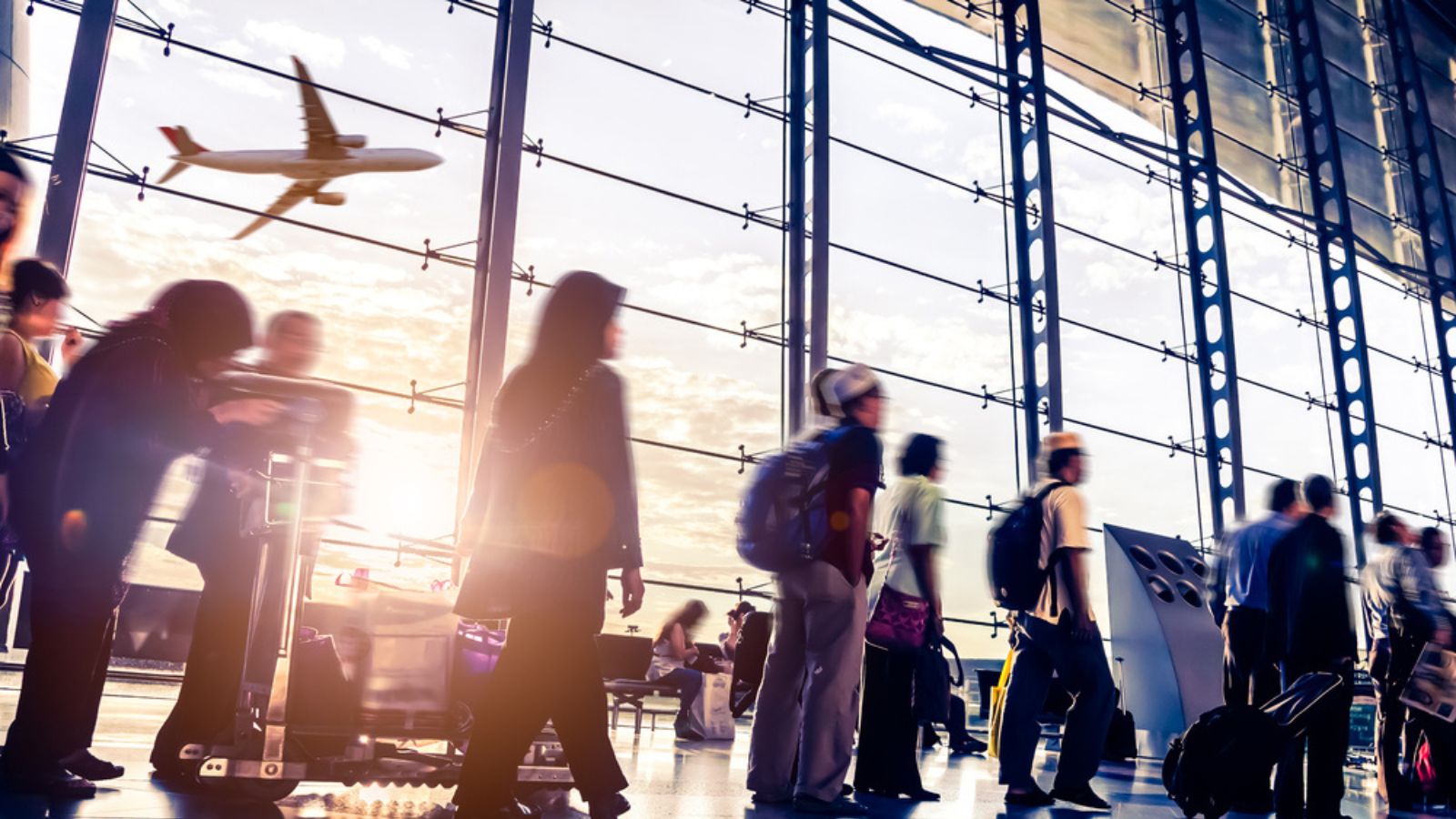 After the hiatus of the past couple of years, OAG Megahubs is back! In a marked change from 2019, Megahubs 2022 demonstrates that, at least for the moment, US airports are the most internationally connected airports in the world.

Thirteen of the Top 20 most internationally connected airports are in the USA with Chicago’s O’Hare International Airport (ORD) topping the table. On the busiest day in 2022, there were 43,350 possible international connections at ORD within a six-hour window. The airport has airline services to 66 international destinations and, combined with the extensive domestic network available at the airport, makes for a winning hub operation. 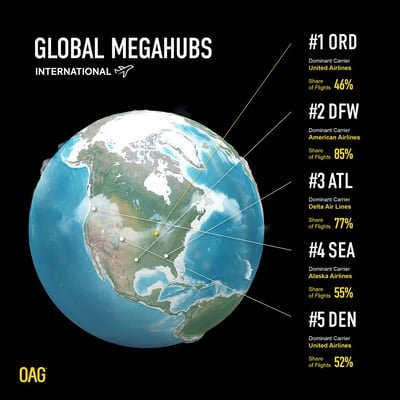 The strength of US aviation recovery in both domestic and international air services is apparent with the top seven spots going to US airports.

Elsewhere, strong market recovery has also boosted airports as they compete to be megahubs. Mexico and India have both seen air travel rebound and as a consequence, Mexico City Juarez International Airport (MEX) and Delhi’s Indira Gandhi International Airport (DEL) are now the leading megahubs outside of the USA.

Conversely, and unsurprisingly, the sluggish return to flying in Asia means that airport megahubs that previously dominated the rankings - Singapore Changi (SIN), Kuala Lumpur (KUL) and Bangkok (BKK) - will have to wait another year to see their connectivity return to pre-pandemic levels.

In 2019 London Heathrow (LHR) ranked 1st and Frankfurt Airport (FRA) ranked 2nd in the International Megahubs rankings, this year they have fallen back to 22nd and 30th place respectively - although LHR still retains 1st position within Europe. This is a result of airlines reducing the number of operations on short-haul high-frequency routes due to resource constraints. While their networks are closer to recovery than those of the South East Asian airports, this has had the effect of reducing the connecting possibilities for passengers travelling through them. As resourcing issues improve, so too will their position as megahub airports. 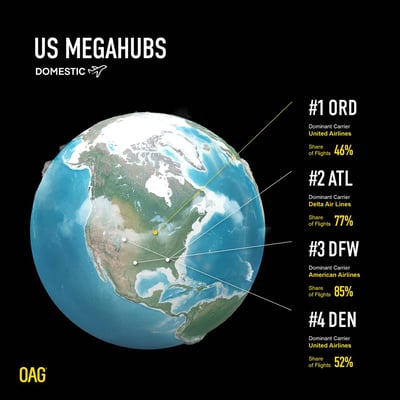 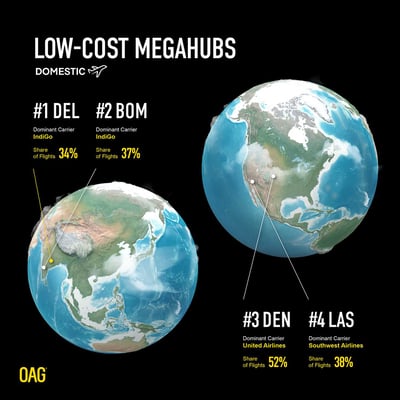 Low-cost airlines have benefitted from increasing numbers of travellers able to construct their own itineraries or use tools that enable them to identify connections between low-cost flights. The rise of IndiGo in India is one example, it has contributed to Delhi's Indira Gandhi International Airport (DEL) and Mumbai’s Chhatrapati Shivaji Maharaj International Airport (BOM) moving up the Low-Cost Megahubs rankings to take 1st and 2nd place, up from 6th and 11th places, respectively, three years ago.