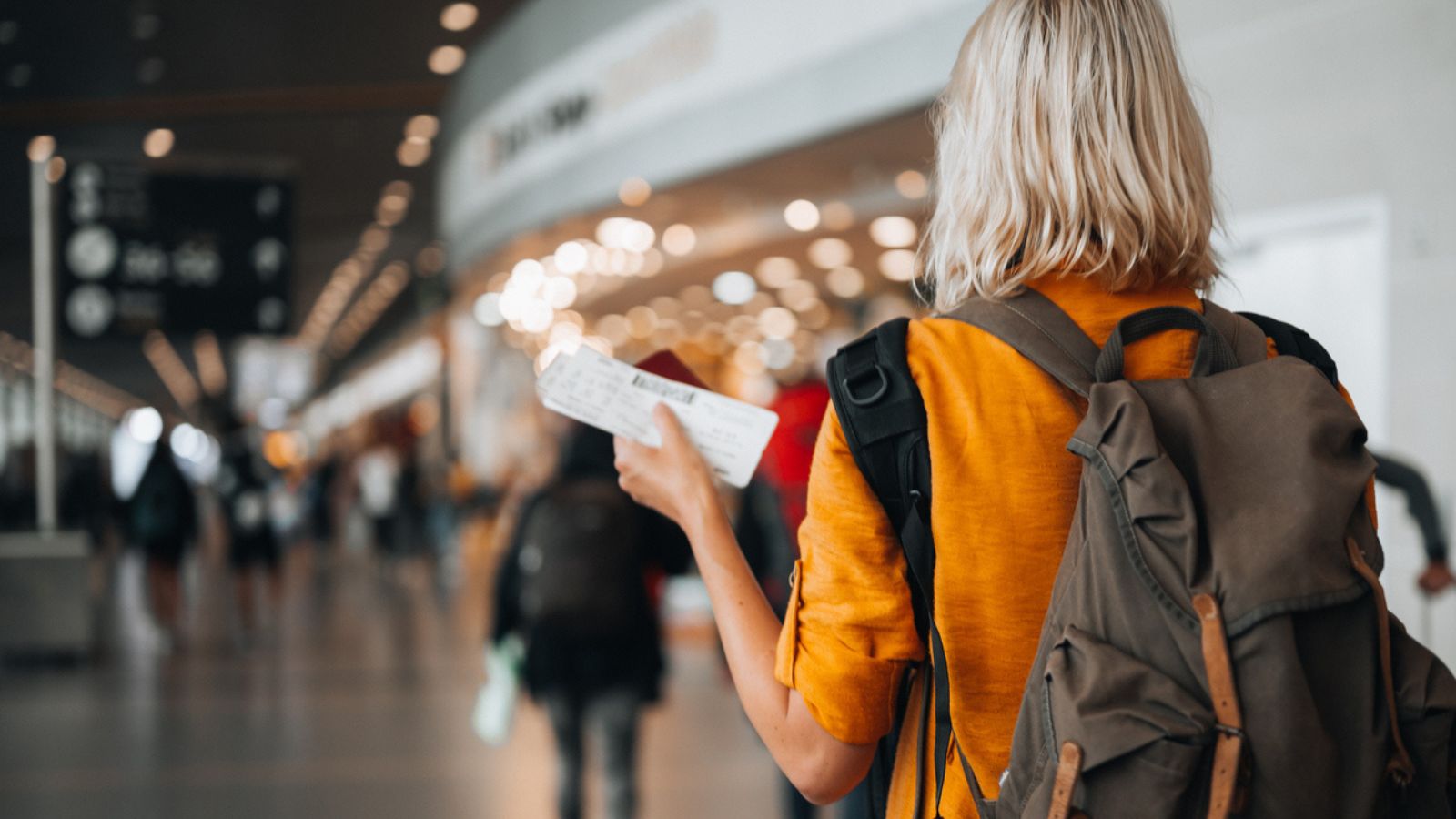 A new year is here and hopefully the travel recovery will continue through the year. There is much to reflect on from the last few weeks and of course optimism for the next twelve months, but with some tough challenges to be faced, at least in the first half of the year. But before all that, how did 2022 really finish?

Scheduled airline capacity finished as expected at 4.7 billion in 2022. However, a “cyclone bomb” and the ever-changing capacity adjustments in China throughout the year probably mean that operational capacity was slightly below that point. Still, compared to 2021 that represents an improvement of 31% much of which was loaded into the second half of the year. Some 31.2 million flights were operated, 25% more than the previous year, and not surprisingly average capacity per flight increased to 152 from 146 a year earlier. American Airlines were the largest carrier operating 248.2 million scheduled seats, the United States was the largest market and the largest city in the world was Atlanta with 54.9 million seats, although Southwest Airlines may have damaged that number last week!

Confirming that they are human, network planners appear to have been on holiday in the last few weeks with minimal changes to capacity over the next three months, which means the first quarter of this year is currently standing at 1.27 billion seats compared to 1.34 billion in 2019, it seems such a small gap to close; the reality is something else though. The announcement of China easing international travel restrictions last week has yet to be reflected in any changes in capacity and it seems unlikely that there will be any significant impact at least in Q1 as both airlines and travellers work through the logistics of restarting.

Despite being hit by a cyclone bomb, North America edges ever closer to its 2020 capacity levels and is now just 2.4% adrift of that symbolic point, we “only need” 549,000 more seats a week to reach that point. Still, as we know several resource factors across the industry make that breakthrough quite unlikely this side of the summer season... and it’s only the first week of January!

With many people now back at work and the holiday period nearly over, it’s no surprise that most regions in the world are reporting week-on-week capacity increases; only two are reporting reductions and one of those, the Caribbean, is a reflection of the reduced volumes of leisure demand. Five of the seventeen regional markets are now producing more capacity than in 2020 while another six are within ten percentage points of that point. Three regional markets - South East Asia, North Africa and Central Asia - report significant growth on their 2022 capacity with all three at more than 50% of last year’s capacity.

Although the top twenty countries remain unchanged there is some movement in positions. Brazil has swapped positions with the United Kingdom and is now the 5th largest market in the world with 7% more capacity than last week. Similarly, Germany - which has a near 10% week-on-week increase - has switched positions with Australia. However, despite that improvement, Germany remains one of the European markets that has yet to fully recover and stands at -26% of the 2020 level; much of which is based around Lufthansa’s capacity still being some 413,000 seats a week lower than three years ago.

Collectively the top twenty country markets account for 75.5% of all capacity this week, in 2020 that share was 74.5% so little change in the distribution. However, key country markets such as Hong Kong are still a long way from recovery currently standing in 48th position compared to 27th three years ago; the easing of travel restrictions will certainly help in their recovery over the coming months. Similarly Chinese Taipei is at just half of their 2020 capacity, reopening access to China which accounted for 15% (6.8 million) and Hong Kong (11% of capacity, 5.2 million seats in 2019) will fill that missing gap considerably if sufficient resources are available.

Despite the well-documented chaos at Southwest Airlines last week, they are one of the few airlines that are now operating more capacity than in 2020, in their case some 9% more or an extra 350,000 seats a week. Despite that impressive growth, they are not the strongest carrier in terms of growth, Wizzair (+47%), Ryanair (+16%) and Indigo (+15%) are leaving other members of the top twenty club behind and with more aircraft deliveries scheduled for 2023 the gap will inevitably widen further by this time next year. Finding a legacy airline short-haul service will become increasingly difficult in some markets as the low-cost carrier momentum continues.

This year should see the completion of the JetBlue and Spirit merger, which will face some interesting challenges in the different product offerings, that aside, collectively the combined carrier will operate around 2 million seats a week moving the combined entity into seventh position across the group and at the same time creating a space amongst the top twenty group; Japan Air Lines will fill that space based on current numbers.

So, a new year, new hope and more markets and airport pairs reopening in the next few months; at the very least the summer season is now only three months away and that always brings more capacity to the systems. There are many outstanding issues that need to be answered, not least the availability of operating resources that are so desperately needed to rebuild capacity back to the levels of 2019. Some experts are now saying that a full recovery is unlikely before 2025 and that may well be the case as airlines continue to be disciplined about how and when to add capacity back. New aircraft delivery schedules are at best indicative for this year and many airlines await clarity on when their new aircraft will arrive; planning against that backdrop is difficult and encourages a cautious approach to capacity growth. Capacity may well ebb and flow in the next few weeks, the first quarter of the year is always a difficult period for airlines but there is undoubtedly more confidence in the market this year, let’s hope that stays with us for as long as possible.

Here's a visual recap of the flight capacity data for 2022: 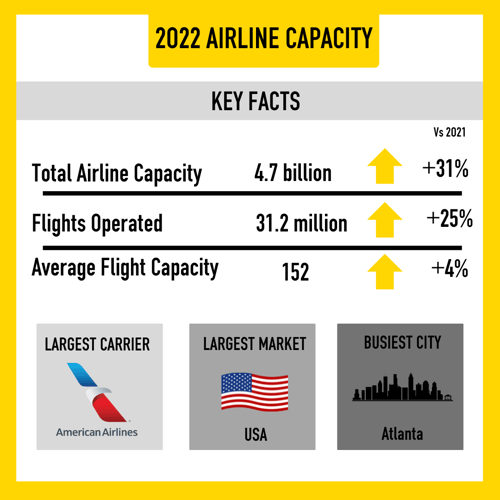