How low can we go? Degrees of pain and government support strategies

How low can we go? Which airlines will fare better? What is appropriate government support? These dominant themes came out of OAG’s latest webinars last week

OAG were joined by guest speakers Keekeat Ong, Director of Network Planning at Cebu Pacific contributing to the ASPAC session while Jeremy Robinson, a lawyer and partner at Watson Farley Williams and Eddy Pieniazek, Head of Advisory at Ishka joined the afternoon session focussing on North America and Europe - Take a look at the panel’s reflections and latest insight compiled as a result.

How low can we go?

With global scheduled airline capacity for the week down to just 38 million seats, many countries are now operating with 10% or less of the capacity they fielded a year ago. With little room to take out more capacity, there are few signs yet of the market picking up. Indeed, if anything, airlines are simply removing whole blocks of capacity until some point in May.

OAG continues to work hard to ensure the schedule reflects all known changes to capacity. In the immediate wake of government announcements to restrict travel, the tendency has been for airlines to cancel flights rather than amend the schedule but, as the graph for Frequencies and Cancellations for France, shows, in the subsequent days, the schedule reflects the majority of schedule changes. Some markets are an exception to this with airlines operating in both China and the US continuing to cancel a high number of flights. 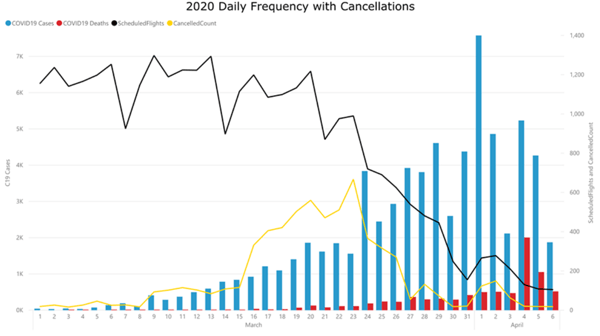 Which airlines will fare better?

As Eddy Pieniazek, observed, airlines are experiencing different degrees of pain. For almost all, liquidity is the number one issue and only when the current crisis has eased will we be able to focus on questions about how airline business models will need to change, or which airlines may prove more resilient.

Inevitably, however, given the current restrictions being put on international travel by national governments, it is international capacity which has been withdrawn faster and deeper. This means that airlines based in countries with larger domestic markets, such as China, Russia, the US and Mexico, are experiencing a measure of relative protection, although this does not extend to countries where international tourism is inextricably tied to the domestic market, as in Thailand.

Looking forward, panellists discussed the relative merits of point-to-point airline networks in a world where passengers may no longer want to spend dwell time at hub airports, mixing with a mass of travellers from all over the world. Should comprehensive health checks be added to the security checks already taking place at airports, extended minimum connect times will adversely affect hub and spoke operations as well as aircraft utilisation. The evidence from after 9/11 was that the number of routes operated declined significantly, taking three years or so to recover. Again, a reduction in the number of ‘spokes’ operated will contribute to a less than efficient hub. A reduction in routes operated could also lead to a reduction in slot values, of concern to airlines which have borrowed again the asset value of their slots.

In the short term, the lower fuel price will prove useful for airlines which have not hedged fuel to any great extent.

What is appropriate government support?

The panel reflected on the variety of approaches governments are taking to supporting airlines, from direct financial support to loans and measures aimed at the staff they employ. Inevitably some support will create an ‘unfair’ playing field once airline operations start to recover, with those airlines which can access support potentially being able to do more to tempt travellers back into the sky.

Jeremy Robinson observed that the EU has not yet provided a framework for European support and that while the CARES Act in the US provides a bail out for airlines, it does so with conditions. A longer-term view might ask whether conditions should be attached to the creation of a more environmentally sustainable aviation industry.

The panel discussed  whether regulators will adopt a ‘business as usual’ approach or, as with the financial sector after the 2007 financial crash, will they seek to impose more stringent regulations which afford individual countries more control of air services and require airlines to pass liquidity tests.

What is keeping us awake at night?

Our post webinar research responses from people based in 51 countries and a wide mix of sectors. 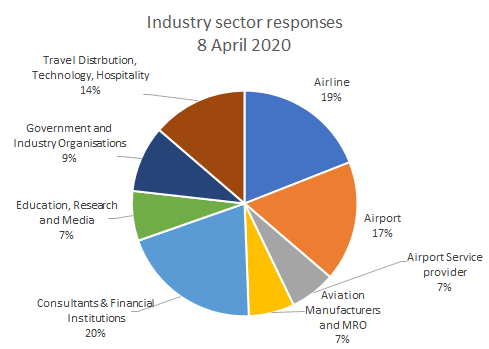 Asked what aspect of their business operation keeps them awake at night, 58% said it was business planning for after lockdown while 47% said it was cash management. 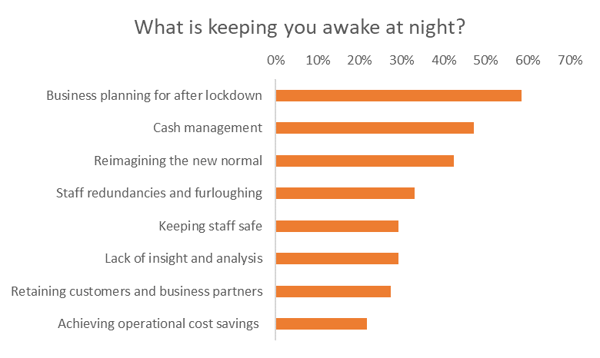 Concerns appear to be about more than short-term planning, however, with 42% saying that they are kept awake thinking about what the ‘new normal’ will be when this is over. 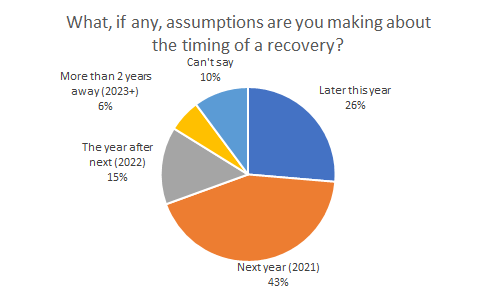