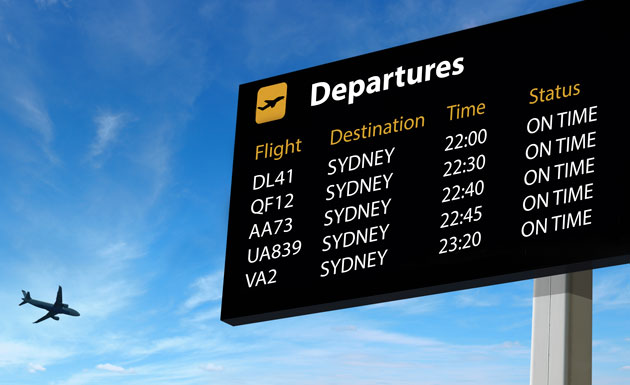 It is a long way from Los Angeles to Sydney - 6,510 nautical miles to be precise - and around 14 hours depending on which airline you select. Five airlines, Qantas, American, Virgin Australia, Delta and United operate the route but none publish the same elapsed time for the journey.

The five are a mix of legacy and low cost, include all three global alliances, and yet the schedule choice is limited, if indeed there is any!

In scheduling terms, there is clearly a “window of opportunity” for departures from Los Angeles as all five services depart between 22:30 and 23:10 local time, with corresponding arrival times in Sydney between 06:20 and 07:15. Heading northbound the schedules are also similar, departing between 09:30 and 11:15. While this provides efficient utilisation for the US carriers, with turnaround times of between two and three hours, what’s the fascination with departing at such similar times?

Connectivity is clearly the key driver from Los Angeles. Two of the three peak arrival hours at the airport are between 18:00 and 21:00, providing optimal connectivity to the Sydney services. A deeper analysis of the route highlights just how important that connecting traffic is to these services. In the latest 12 months’ data covering June 2016 to May 2017 some 259,000 bookings were connecting to/from Sydney via LAX with New York, Las Vegas and San Francisco the major connecting markets.

As you would expect, connectivity at Sydney is much more restricted with some 82,000 bookings reported for the same period and Melbourne, Adelaide and Perth the three key connecting markets, accounting for nearly 40% of the connecting flows.

Ultimately, the current scheduling may be more a matter of time travel! Late evening departures from Los Angeles offer the classic “red-eye” long-haul flight with an early morning arrival at the destination. Whilst an early morning departure from Sydney provides one of the few opportunities to arrive before you leave and still do a complete days’ work if you wish! And that, in a nutshell, is why everyone follows the leader from LAX to SYD!