Steady At 55 - Aviation Breaks Through 2.5 Billion “Lost” Seats This Week 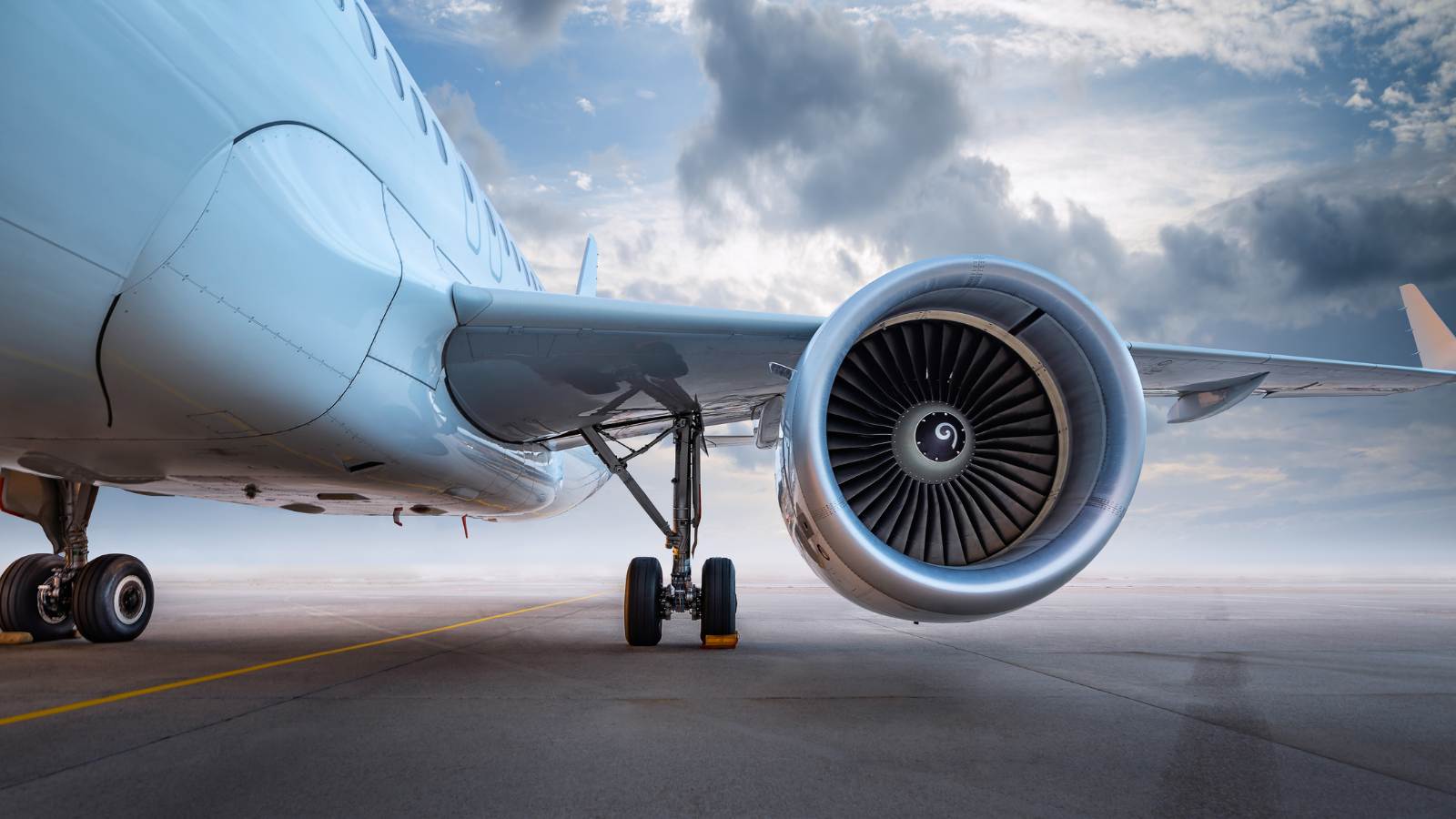 Coronavirus Capacity Update Week Forty-Seven: Whilst seasonal decorations appear to be going up at a faster rate than any other year, global capacity remains flat with capacity at 55.1 million compared to 55.3 last week. Another small reduction of 0.3% and the second consecutive week of cuts as we look forward to the seasonal rush highlights the daily challenges facing every part of the travel industry. We have now passed over 2.5 billion fewer seats than last year and linger at around half of the 2019 capacity levels.

Seven days ago, the expectation was some 56.5 million scheduled seats to be operated this week, a reduction to 55.1 million equates to a 2.5% adjustment. Next week the current expectation is for some 62.5 million suggesting perhaps that even more capacity will be cut this week; an 11% increase seemingly unlikely given the current market sentiment. 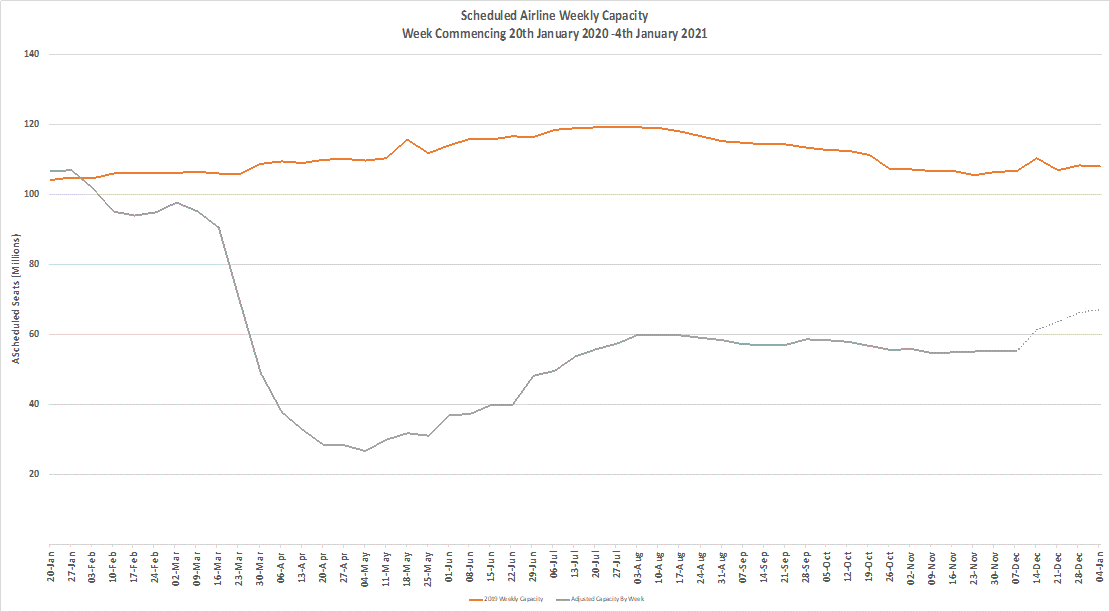 The two largest regional markets both reported week on week capacity reductions with North America down by 5.8% with some 730,000 fewer seats as airlines cut capacity back post the thanksgiving holiday. North East Asia meanwhile is just 1.1% below last week’s volume at nearly 19 million remains the closest market to the January pre Covid-19 base with nearly 75% of the original capacity being operated.

On a positive note, and we do try to find them, every other major regional market recorded some level of growth week on week with the Southwest Pacific reporting a 15% increase in scheduled seats although it remains below half of January. With some easing of lockdowns in Western Europe capacity also increased by 4.2%, however the region remains at just one quarter of the pre Covid-19 levels which represents just half of the mid October capacity levels: so much for a steady recovery!

Even with an apparent easing of lockdowns and quarantines there are some six country markets that still have no scheduled air services including remote locations such as Eritrea, Palau and Tuvalu. A further six countries, including Hungary and Cambodia are at less than 10% of their pre pandemic levels. In total some twenty countries are at less than 20% of January’s levels, including Singapore and Hong Kong where the planned bubble burst without any travellers; no surprise on that front; bubbles are proving to be just soundbites.

The top ten airline ranking appears to have settled down in recent weeks with Delta Air Lines remaining in pole position despite a 5% reduction in capacity week on week. In fact, all of the major US carriers reduced capacity this week with Southwest cutting some 12% of capacity.

A number of major global brands remain trapped with limited capacity. Buried in those numbers are some 123 scheduled airlines who were operating in January that have yet to recommence services; included in that list are carriers such as Siberia Airlines, Porter Airlines, South African Airways (again) and of course FlyBe who may be on the brink of a relaunch in 2021.

With just another three weeks before the year end any growth beyond the 55 million mark now appears unlikely; even in the darkest days of the Summer few would have expected the numbers to be lower than the first few weeks of Covid-19. Despite the good news of vaccination programmes commencing in some countries this week the reality is that we remain unlikely to see any significant increase in travel before the second or third quarter of 2021, sorry 🙁

Have a good week everyone!