So Nearly Sixty One Million…But Probably Not for Long 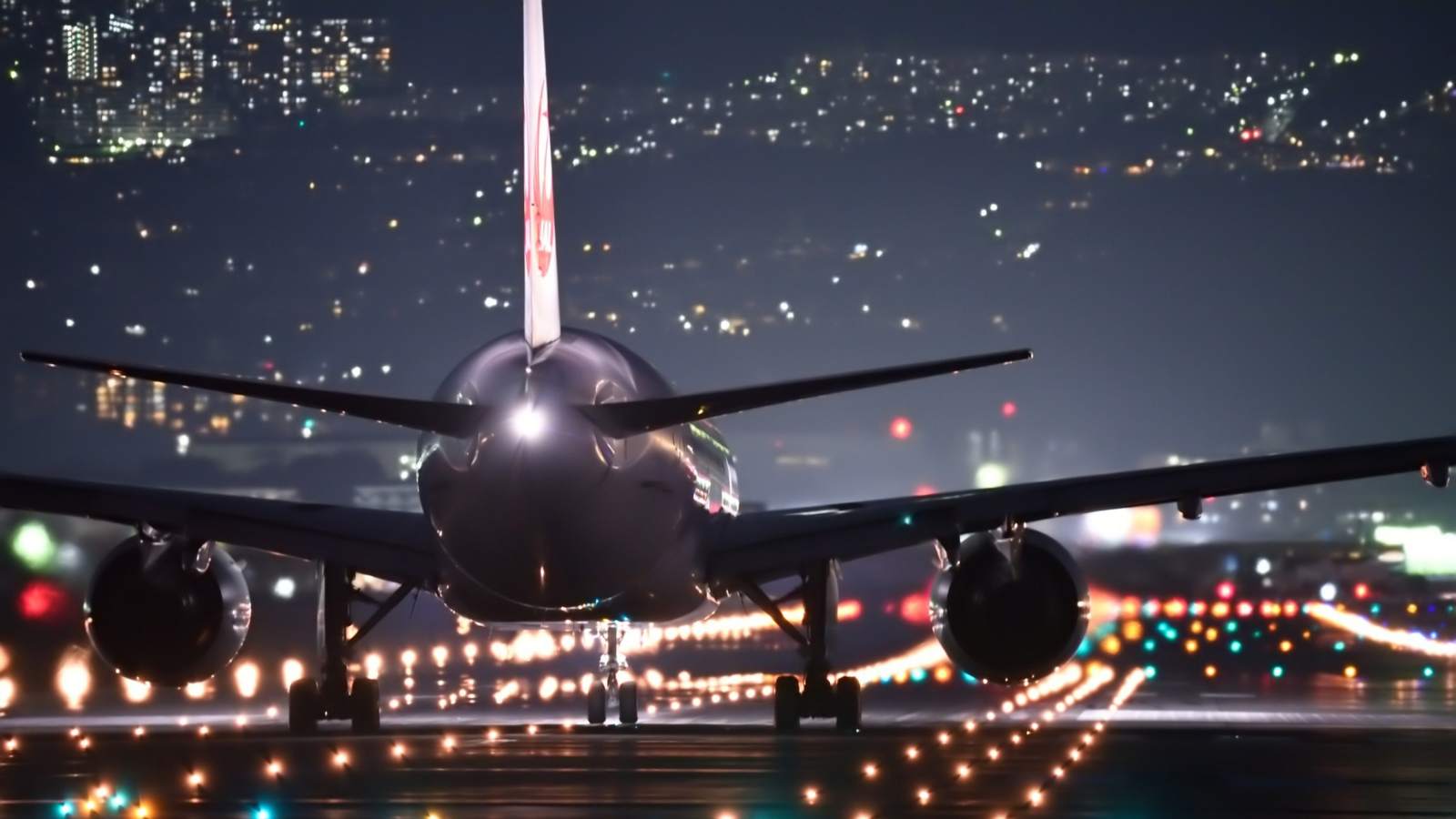 Coronavirus Capacity Update Week Forty-Nine: Nearly breaking through sixty-one million scheduled seats a week mark would seem like great news for the Xmas week, but the emergence of a new Covid-19 variant will already have airline planners dusting down another version of their networks. In the last twenty-four-hours further lockdowns have been announced in the UK, Australian domestic services to Sydney suspended and to date five European countries have suspended all flights from the UK until January; expect others to follow. Happy Xmas everyone!

Incredibly there are still some airlines optimistic for the holiday season as capacity is expected to grow another 1.4 million in the next week. The combination of closures announced in the last day will knock over half a million seats off that number alone. Cumulatively we are now at some 2.6 billion fewer seats than last year of which 1.4 billion are across international markets; a 67% drop over the year. Does anyone remember what a passport looked like?

Every week we have seen capacity change across the global regions; this week Eastern & Central Europe takes the prize for the largest percentage growth week on week with some 9.5% more capacity and around 175,000 more seats added. But as we have seen so many times before, one regions growth is another regions loss and this time the loser is Southern Africa with a 9.8% loss of capacity.

Western Europe remains bottom of the pile in terms of the percentage of lost capacity; at 65% below the early year levels the region is likely to see further reductions in the first quarter of 2021 as the new Covid-19 variant takes an unwelcome trip around Europe. Five of the seventeen regions are at less than 50% of their normal capacity; all they want for Xmas are their other seats...

As we head to the year-end North East Asia remains the single largest regional market, domestic capacity is set at 18.2 million which is just 3% below January’s level; unfortunately, international capacity is only 11% of pre Covid-19 levels and as we know for most airlines those lucky international passengers are where the profit lies. 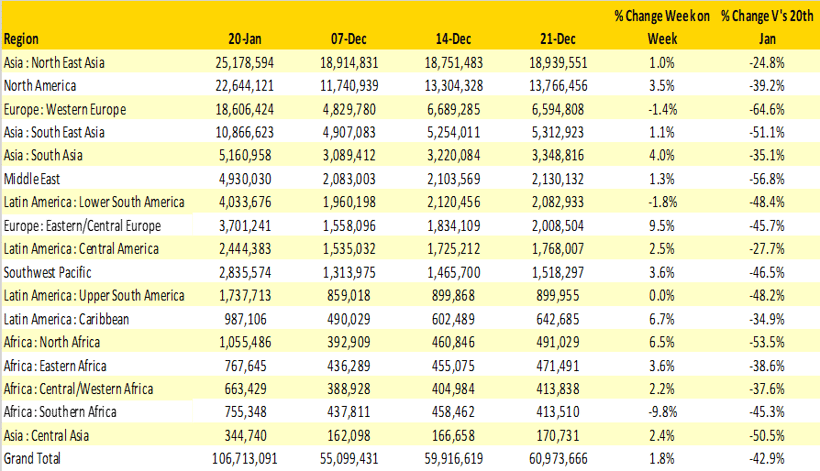 No Western European country ranks in the top ten markets with France in twelfth position the highest-ranking country, it is likely that most European countries will fall faster than Arsenal have in recent weeks based on the latest Covid-19 news. China remains the largest country market and that will not change in the next few weeks. During 2021 we should expect the USA to get ever closer to the number one position probably claiming first position in the last quarter of the year.

American Airlines has leapt ahead of Delta Air Lines providing a nice seasonal present for their management in part because Atlanta’s favourite airline (well the advert says that!) have reduced capacity by some 8.3% offering some 251,000 fewer seats for all of those last-minute travellers rushing to book in the next few days; if only! Four of the top five airlines globally are US based reflecting the fact that there appear far fewer carriers in the country than the more fragmented Chinese market; airline consolidation can as we know make a real difference to a market.

The seasonal holiday period is normally one for reflection on what happened in the year and a time to remember lost friends. Sadly, too many airlines have failed and too many professionals had their careers damaged by 2020; there are no happy memories or events this year, just a hope that perhaps things will have changed by June 2021.

There have however been some real heroes this year; the airline scheduling teams that have on a near daily basis adjusted their schedules and tried to keep the world flying and also the OAG team that have brilliantly managed to keep chasing carriers for updates and helping provide the data for analysts around the globe.

We are going to take a break now until the new year; enough is enough even for us! If you are still reading these weekly blogs, then thank you and hopefully you will find something more interesting to do in the coming weeks; eating chocolate, opening gifts or even the washing up would seem a better long-term option. Next year will be better than 2020; it can’t be worse can it?

Meanwhile Happy New Year to you all.