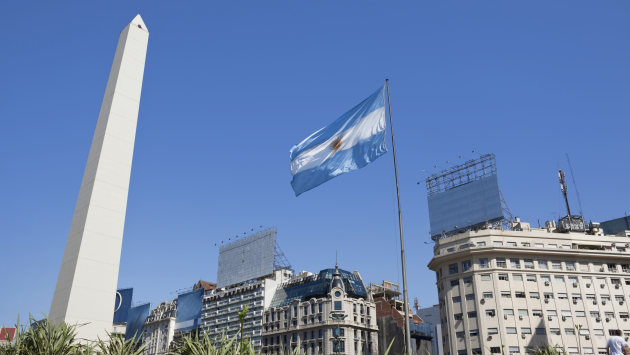 Lower South America has had a chequered history of aviation development in recent years; rapid growth in some markets, economic slowdown, excess capacity and route cutbacks have created a sense of frustration at the failure to realise the opportunities seen in other parts of the world.

The recent announcement by Norwegian Airlines that it will launch a four-time weekly London Gatwick service follows on from its earlier announcement, establishing Norwegian Air Argentina. Both announcements along with other expressions of interest in establishing regional low-cost airlines in the country suggest that the wider global aviation community highlights the increasing interest in the market. But what is really driving that interest?

Today, less than 3% of all services operated to/from and within Argentina are on low-cost services; in comparative terms, that places the country behind markets such as China (9%) where low-cost airlines remain restricted in their operation. In Brazil, the largest and closest market of consequence to Argentina, nearly three fifths (58%) of scheduled services are operated by low-cost carriers.

Typically, low-cost airlines begin operations by competing on the largest established markets; the top ten of which are listed in the table below.

With nine of the top ten city pairs being domestic and all featuring Buenos Aires, the Argentinian Government’s ambition of seeing an increase of some 50% in traffic seems within reach. In many cases, markets with similar starting positions have seen traffic surge by over 30% in just one year whilst of course, average fares have also fallen as competition and additional capacity is generated.

The low-cost opportunity for Argentina however,  stretches purely beyond the domestic and regional markets of lower South America. The recent emergence of low-cost long-haul services and the rapid development of such carriers as subsidiaries to major groups such as IAG Airlines and Air France offers further opportunities for new services to Argentina. The already established three-time weekly Level service from Barcelona to Buenos Aires is an interesting development for the airline. The market between these two cities in 2016 was just over 110,000 bookings (two-way); placing it just outside the top twenty long-haul city pairs from Buenos Aires.

The establishment of Norwegian Airlines Argentina and the announcement of a London service highlights the wider strategic opportunities that Argentina offers for network hungry low-cost airlines. With previous experience of launching “satellite carriers”, Norwegian will have recognised the larger potential of a combined network of regional and long-haul services from Buenos Aires. Initial plans for the airline are based on operating ten B737-800 aircraft on a mix of domestic and international services that will be supplemented by the four-time weekly service from London.

Depending on the success of the operation, then further long-haul expansion from other markets on the Norwegian network map may be possible, including markets such as Ft Lauderdale/Hollywood, Orlando, Los Angeles and Paris, with Barcelona, despite the new level services also being a contender. Further afield connectivity to Australia is already being discussed which would, of course, make Norwegian the first truly global LCC airline.