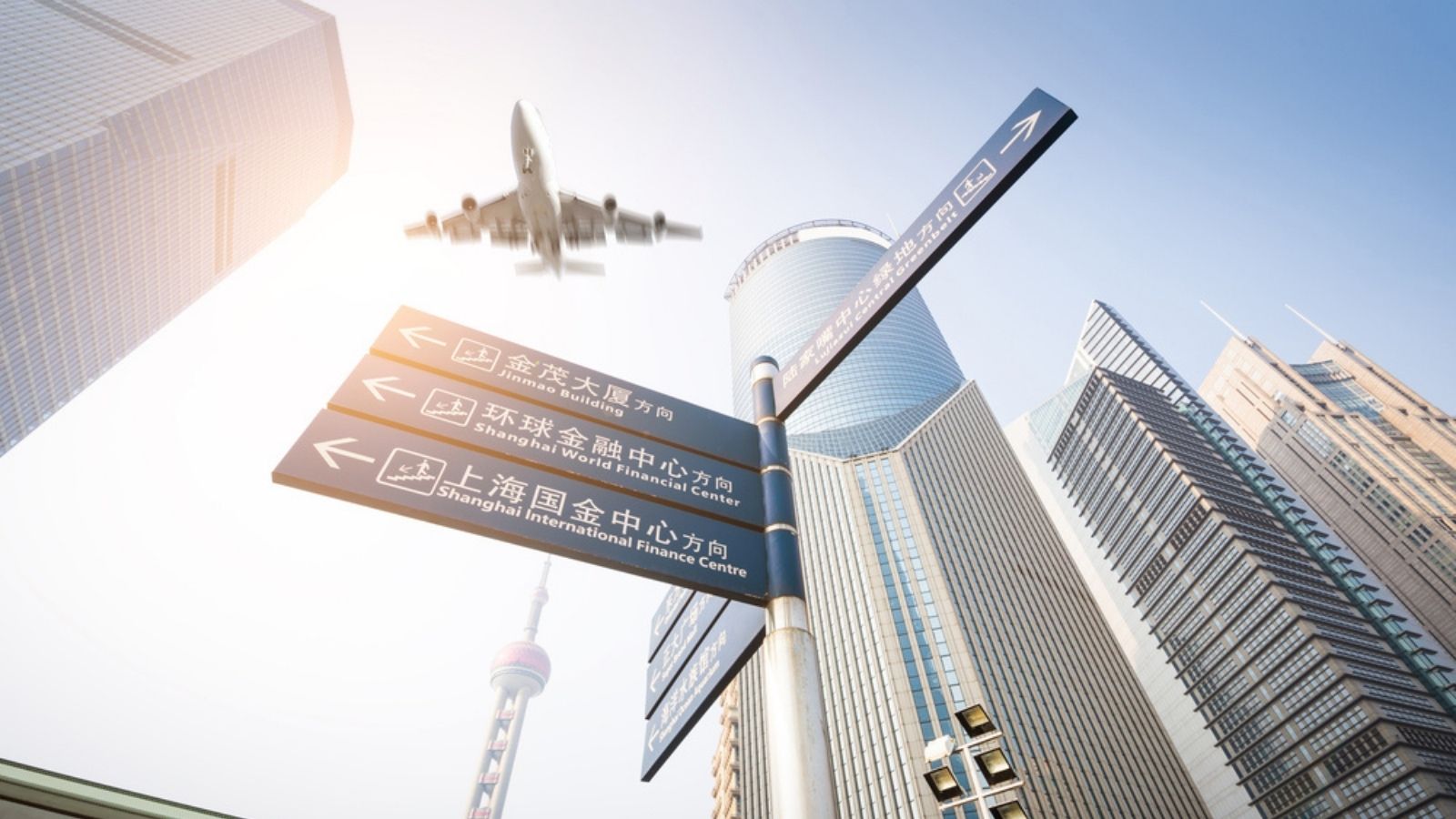 Observing, as we do at OAG, the changes in global airline capacity week by week to understand trends and patterns in air service provision, one of the most striking features over the past year has been the speed at which Chinese airlines can both remove and add capacity over a short space of time. The extent to which they do this, and the sheer size of the Chinese aviation market, has meant that what happens in China makes a difference at a global level when we look at overall air travel trends.

Recent weeks have seen the latest sharp changes in Chinese airline capacity, as a COVID-19 outbreak centered around Shanghai has led to new lockdowns across the city. Here, we take a look at the pattern of recovery the last time this happened, around October and November 2021, and try to identify differences and similarities.

The last main outbreak, which led to airlines reducing capacity and cancelling flights, occurred in mid-October last year. The city of Lanzhou in Ganzu Province in China’s north west was put into lockdown, limiting movement for 4 million people. The ’snapshot’ feature in OAG’s Analyzer tools allows us to see how the airline schedule was modified each week through that period. Airline capacity dropped for three consecutive weeks before starting to recover. Each week, as new schedules were filed, airlines were adjusting the schedule for just a couple of weeks out. After that the schedule was showing capacity levels exceeding what they were before the outbreak. Before the outbreak, capacity had been around 15 million seats per week and the expectation appeared to be that capacity would exceed 17 million within weeks. 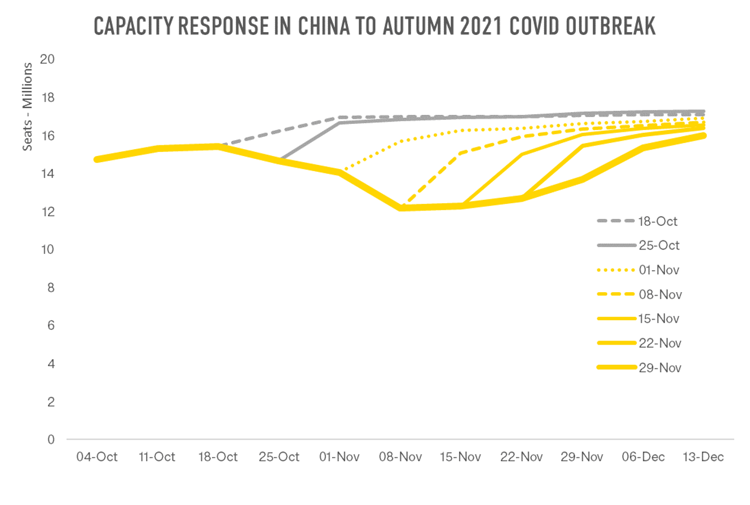 As the weeks passed, however, expectations of what recovery would mean were lowered slightly. In the end, it took eight weeks for the disruption to pass and for scheduled airline capacity to return to its pre-outbreak level.

This time around, the impact of the COVID-19 outbreak is deeper and more prolonged. Some 26 million people have been banned from leaving their homes. Capacity has been reduced over 8 consecutive weeks and has only just started to rise this week. At its nadir, in the week of 4th April, capacity had been reduced by 50% compared to what had been scheduled for that week back in early March. 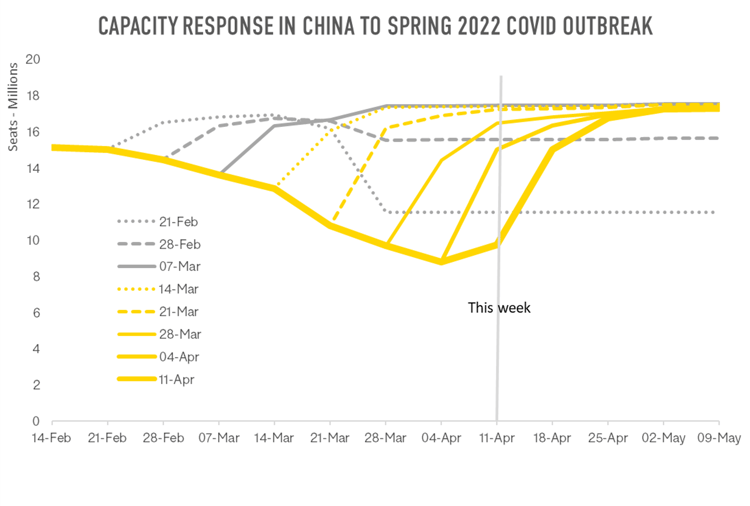 We know that scheduling flights in China is different to many other parts of the world. As the chart above shows, back in mid-February to late February, many of the flights after the end of March were only just being added to the schedule. There has always been more volatility in the schedule for Chinese airlines in the weeks and months before a flight is due to take off.

Currently, from what we see in the schedule, within another month capacity appears to be back up at around 17 million seats, from just 15 million 2 months ago. That would be an even faster pace of recovery than the drop in capacity has been, and is unlikely. What is more likely is a gradual recovery over the next couple of months, mirroring what happened last time around. On that basis we might see Chinese capacity climb more slowly, reaching something like the pre-outbreak level around mid-June.