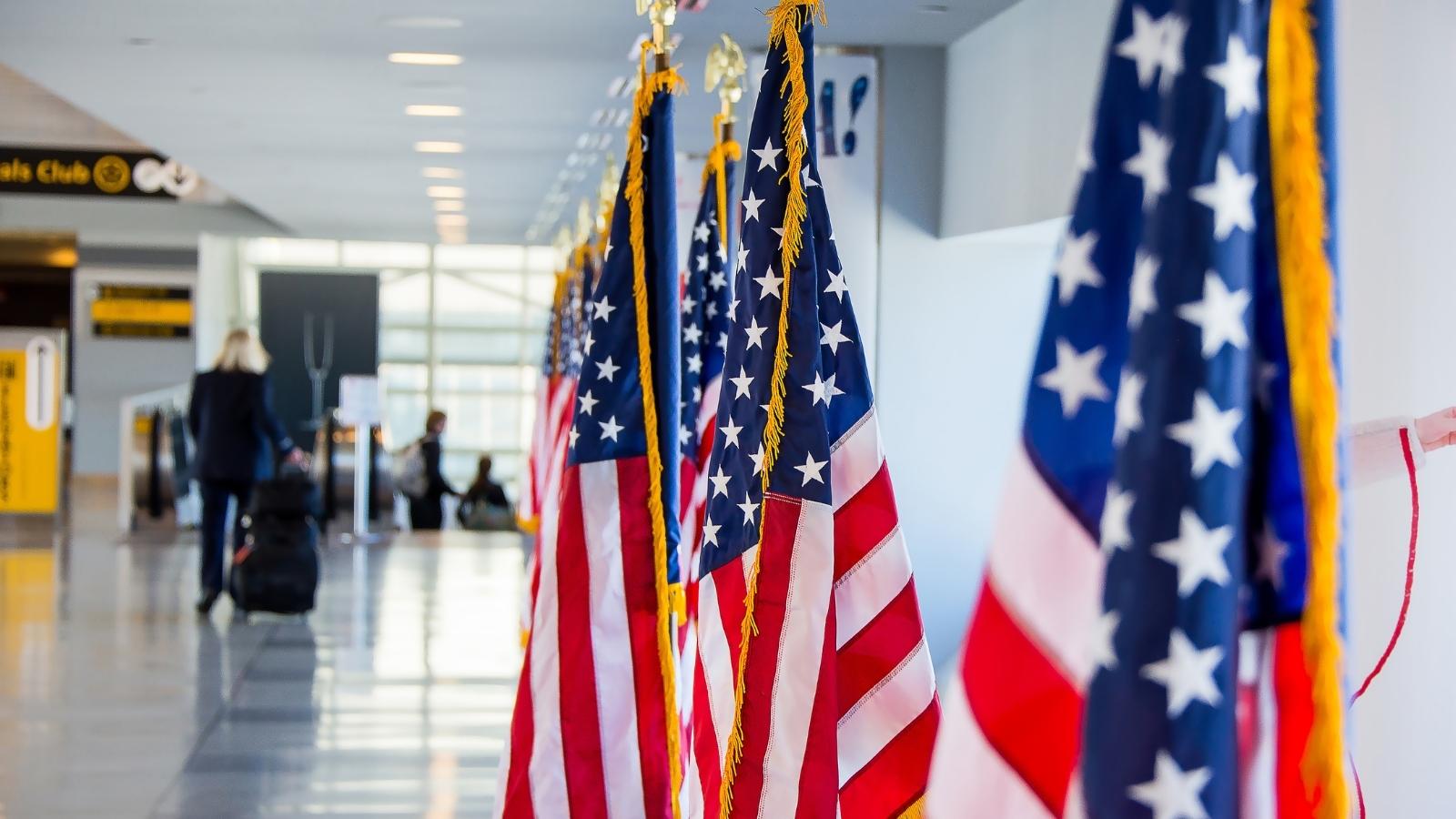 In the United States, changes to how we fly, which airlines we choose, and how those airlines have responded to challenges are now evident. Latest analysis of which US hub airports have grown and which are operating with a smaller network than they were a few years ago reveal some interesting trends towards legacy and low-cost airlines. 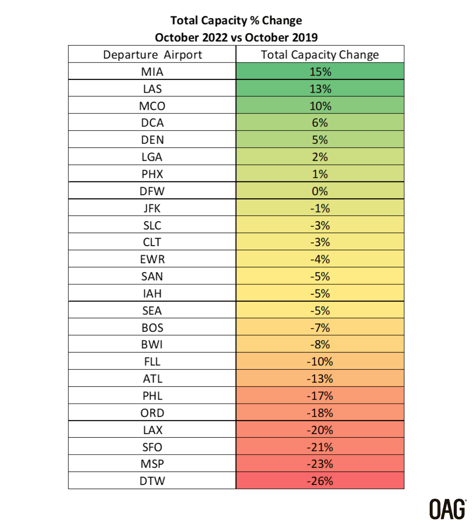 Starting with the Top 25 US Airports in 2019, at the top of the list was Atlanta Airport (ATL), a position it retains to this day. However, if we compare October 2022 with October 2019, ATL has seen overall capacity scaled back by 13%. In contrast, Miami International Airport (MIA) has seen capacity grow by 15% in that time. These are significant differences.

Considering the overall change is a reduction in capacity of 6% among the Top 25 US Airports - how is it that seven of these airports have been able to grow and others have fared much worse than average?
A year or two ago it would be easy to reach for an answer in the share of international vs domestic capacity at these airports. After all, the airports with more international air services were most affected in the early stages of the pandemic. But this is not so now. Three years ago, 10% of capacity at DTW was international, at MIA the international proportion was over 50%. However, DTW has seen the largest decrease in overall capacity (-26%) while MIA has seen the largest increase (+15%) in the last three years.

So, the answer lies in the different behaviour of the legacy and low-cost airlines. The three largest airports in our list are ATL, Chicago O’Hare (ORD) and Los Angeles (LAX) and all three were and are dominated by legacy carriers. At ATL the legacy share of capacity is 82%, at ORD it is 91% and at LAX it is 76%, while the average across the Top 25 airports is 70%. The chart below shows a steep decline in capacity at these airports between October 2019 and now. Other airports, such as DTW, Minneapolis. St Paul (MSP) and San Francisco (SFO), which have also seen large decreases in capacity, also operate with over 80% of capacity with legacy carriers.

MIA stands out. Overall capacity has grown by 15% but low-cost capacity has grown by 425% as Spirit Airlines, Southwest and JetBlue have all moved into the market and Frontier Airlines has increased its presence. It’s not that the legacy airlines, especially American Airlines, have not also increased capacity but that the low-cost carriers have added a considerable amount of capacity.

The chart showing the five airports with the largest capacity increase shows how much the low-cost contribution to growth (shown in yellow) is at each airport.

There are a number of airports where legacy airline reductions have been accompanied by low-cost carriers (LCC) increases in capacity. At ORD LCC growth has been 22% compared with -21% for legacy carriers. At Houston (IAH), LCCs have added 73% more capacity while legacy airlines have reduced capacity by 12%. And at Dallas/Ft.Worth LCCs have added 46% more seats while legacy carriers have taken 2% out.

It’s always been clear that low-cost carriers and legacy carriers pursue different strategies and operate with very different business models. The response to the pandemic has only reinforced this. Legacy carriers have sought to return to profitability by controlling costs while low-cost carriers have used their competitive advantage to attract cost-conscious travelers and make a market share grab. This sort of disruption always provides opportunities and for airports the challenge is in making sure they stay ahead of how airlines are reshaping the market.