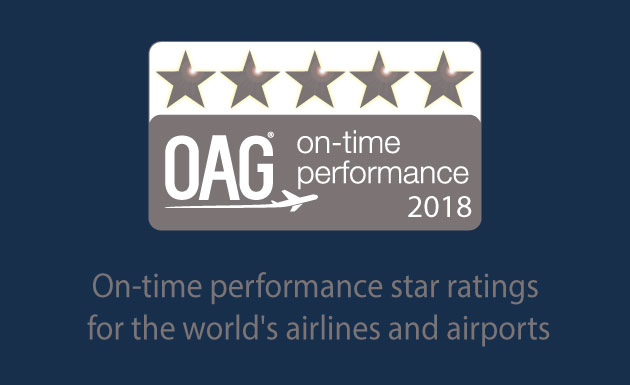 A typical Northern Hemisphere summer brings record braking temperatures, yearly ATC strikes throughout Europe, heavy thunderstorms in the United States and hours of frustration for travellers waiting to get away on holiday. The good news is the on-time performance from many airlines continues to improve in the latest OTP Stars ranking.

In Europe, 5-star airports included Birmingham, Liverpool and Tenerife North; whilst in North America three Hawaiian airports also delivered a 5-star performance. As has been the case for some years though, Japan leads the way with an impressive 19 5-star airport performances, showing just how well the Asia-Pacific region is performing.

Amongst the airlines, 14 airlines delivered a 5-star performance with airlines from North East Asia leading the way, accounting for over one-third of those carriers.

So, if you want to be sure of travelling on time it seems that a flight from somewhere such as the new Cardiff to Doha service with Qatar Airways would collectively give you a 15-star OTP result!

Just don’t call us if you are the unlucky one to get a delay with such a routing!