Scottish APD - how devolution could affect the aviation industry 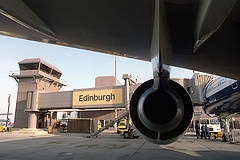 Earlier today a decision was made to give the Scottish Parliament control over airport tax (APD), as outlined in the Smith Commission report. This comes after a joint submission was made in October by the largest airports in Scotland asking for power over APD, allowing Scotland to make a decision over the rate of – and ultimate abolition of  -  the tax. The Smith commission was set up by Prime Minister David Cameron in the wake of the vote against Scottish independence.

Devolving APD to Scotland raises various questions for the aviation industry, the most pressing being the inevitable disruption caused by differential taxation in the same country.

This disruption can be assumed to predominantly affect airports and passengers in the North East of Britain (those nearest to Scotland) but will also encourage residents in the South of England to travel to Scotland on a domestic fare and APD level before perhaps embarking on longer haul journeys from a Scottish Airport; perhaps even returning to London as part of that routing!

According to data from OAG’s Traffic Analyser, year to date (Jan – Sept) some 91,000 passengers originated from Newcastle (NCL) – only an hour from the Scottish border - and connected via Heathrow (LHR) to another point in the world. The largest onward market was to North America which accounted for 26,000 passengers, and in total British Airways benefited from 66,000  of that 91,000  - so a lot of potential revenue for the airline from LHR. Very loosely, if we assume that on average each onward sector was worth £150, that’s 66,000 x £150 totalling about £9.9 million to BA! Assuming all those passengers to North America also had to pay APD then that was something like 26,000 passengers x £170 APD = £4.4 million of lost revenue to the UK treasury if they all decided to go via Edinburgh (EDI); unlikely in reality but nevertheless illustrative of the fiscal risk to England.

At the same time over the same period from EDI some 170,000 passengers travelled via LHR to somewhere in the world; of those, 98,000 continued onwards with BA and some 22,000 with Virgin Atlantic. Of that original 170,000 some 48,000 were destined for North America; now assuming that APD is reduced in Scotland considerably (or even abolished as the major airports would like) and hypothetically 50% of those people now decided to fly direct from EDI (bearing in mind the need for more services to be implemented) then the UK treasury loses 24,000 x £170 or £4 million.

When something similar happened in the Netherlands and they imposed a 30 Euro environmental tax, passengers just drove across the border to Germany and went to Cologne, Dusseldorf etc in order to save money.

Aside from the overall market disruption different APDs have and the potential financial blow to the UK treasury, another factor to consider is that NCL has just secured a service to New York and that would now have to be re-evaluated if the APD differential is so significant as to persuade passengers to fly from Scotland. Likewise the current Emirates service from NCL would perhaps be reviewed against its Scottish parallel services.